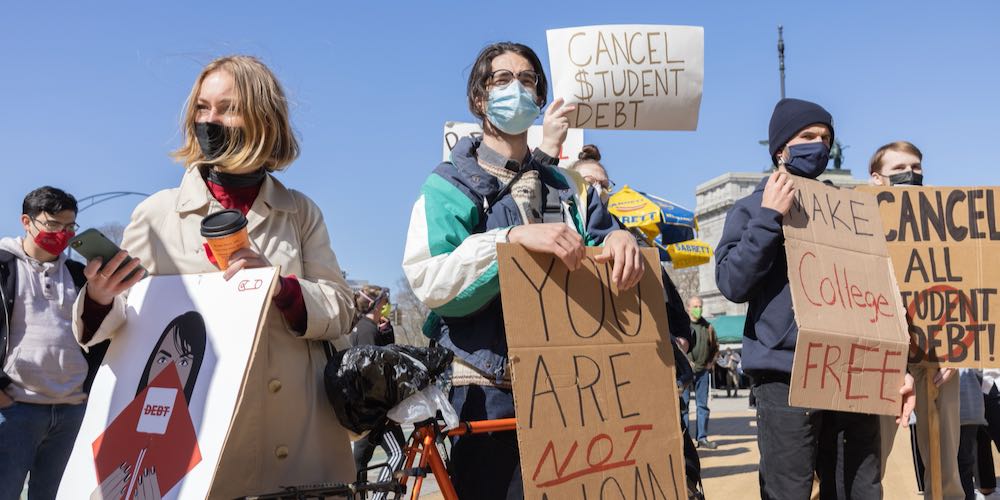 This year the Supreme Court has made a lot of progress in undoing the judicial overreach of the past fifty years. In the reversal of Roe v. Wade (1973) and the discontinuation of the intrusive “Lemon Test” in Kennedy v. Bremerton School District, we have seen the Court return to its proper place as an interpreter of the law, rather than a cultural arbiter. But the work is not yet done.

In this new era of judicial restraint, a logical next step would be to revisit Griggs v. Duke Power Company (1971), a decision which artificially increased the need for a college degree — one of the root causes of our current student debt crisis.

The Supreme Court ruled in Griggs that employers could not institute their own testing requirements unless such exams were “significantly related” to the job. On the day the Civil Rights Act of 1964 took effect, Duke Power Company instituted a policy which required employees to have a high school diploma and pass aptitude tests to qualify for placement in specific departments. The plaintiffs argued that such educational requirements disqualified many Black applicants and fostered racial discrimination. The Court agreed. Although it admitted that “there was no showing of discriminatory purpose in the adoption of the diploma and test requirements,” the Court based its decision on a controversial legal theory known as disparate impact, which holds that differential outcomes of policies serve as proof of discrimination.

The Griggs decision was monumental for disparate impact theory. Cases that rely on disparate impact only concern themselves with the outcomes of policies, not the intentions behind them. Like other cases from the era of judicial activism in the 1960s and 1970s, Griggs relied on poor evidence and unproven assumptions to implement short-sighted changes. Griggs’ legacy has, thus, had long-term damaging effects.

By enshrining disparate impact theory, Griggs permanently lowered the accuser’s burden of proof in discrimination cases. The accuser now needs only to show that disparities between groups of a protected class exist to demonstrate that a policy is discriminatory in nature. The problem with this kind of analysis is that it entirely ignores the many other relevant factors that could lead to such disparities.

Expositors of the gender wage gap, for instance, point to pay disparities between men and women to prove that the workplace is unfair to women. This argument, however, fails to consider other factors such as the fact that men work more hours than women. Black athletes, as another example, outnumber all other racial groups in mainstream sports such as basketball and football. According to disparate impact theory, diversity quotas should therefore be needed to make professional sports fair for non-black athletes. In reality, diversity quotas would cheapen the quality of professional sports by destroying competition and harming the most successful athletes.

It’s possible that disparities can indicate that an organization has restricted opportunities based on an individual’s immutable characteristics. But more often than not, they’re just the natural outcome of free choice, and in some cases innate differences. Different people make different choices. Policies fixated on “correcting” unequal outcomes inevitably lead to other negative, unintended effects.

Griggs, specifically, chilled merit-based hiring by businesses. Because companies feared legal liability if any of their job-specific hiring tests produced disparities, they turned instead to the college degree as an imperfect signal for the requisite talent and skills. Colleges, after all, can use test scores to filter strong and weak candidates. As a result of this shift, Americans — regardless of interest or ability — now need a college degree to qualify for most well-paying jobs.

The rise in credentialism post-Griggs enabled colleges to take advantage of the millions of Americans who came to see a college degree as essential for success, regardless of its relevance to their intended career path. In the decades since the Griggs decision, college costs have more than doubled. (If we consider tuition and fees alone, it has nearly tripled.) Many Millennials and members of Generation Z delay home ownership, starting families, and creating businesses as they struggle with student loan repayments.

In the end, Griggs hurt the very people it was supposed to help. Minorities and low-income students must now pass through another expensive and lengthy barrier in order to secure stable, well-paying jobs. The four-year graduation rates for Blacks and Hispanics are 21% and 32%, respectively. Only half of Pell grant recipients, who often come from low-income households, graduate with a bachelor’s degree in six years. As I documented in my report for the National Association of Scholars, Priced Out: What College Costs America, many students pursued higher education simply because they thought it “was what you did to get a job.”

Griggs gave employers and universities a powerful incentive to alter the purpose of higher education. Universities were not designed to function as massive jobs programs. They were intended to bestow knowledge on students apart from any vocational expectations. Most institutions of higher learning now try to fulfill two conflicting missions of education and vocational preparation, which results in students receiving a diluted and inadequate version of both. It’s no wonder that many employers find college graduates ill-prepared for jobs. As long as Griggs remains in place, employers’ hands are tied to the expensive college degree as the only means of filtering candidates, no matter how bad the consequences.

While the authors of the Griggs opinion intended to give minorities a leg up in hiring, they instead created an ever-more-expensive educational bottleneck that hurts all groups alike. Jobs that previously did not require a college education now require one, even though the necessary skills have not changed. The student debt crisis looms large in our political debates, with some groups demanding radical redistributive policies such as debt forgiveness. All of this is due, at least in part, to the system of credentialism created by Griggs and its tendentious underpinnings: disparate impact theory.