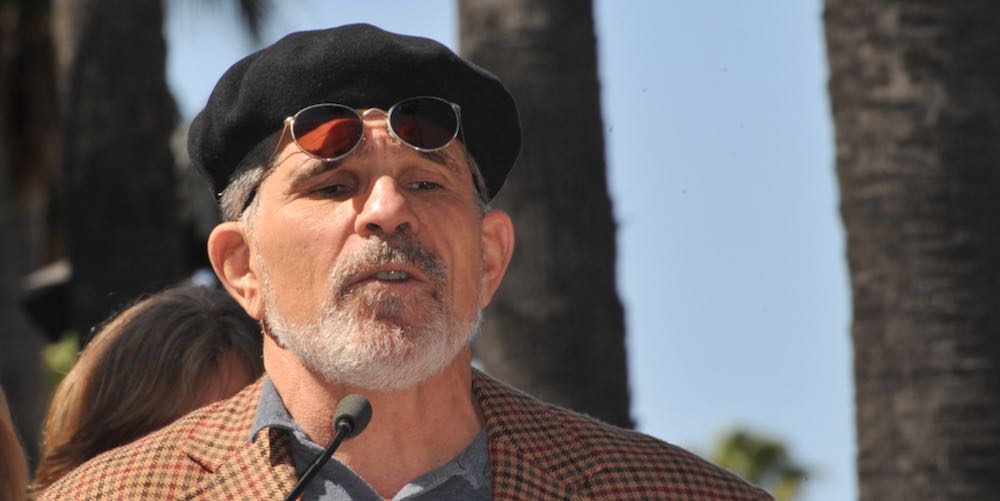 David Mamet’s Recessional: The Death of Free Speech and the Cost of a Free Lunch is about neither. Critical observations about censors and blacklists run throughout the work, as do economic arguments, but they are only two of the book’s many themes. Failed institutions loom large: political, educational, and media. Meditations on art, music, film, theater, and writing abound. Freud emerges from behind many of the chapters. The city of Chicago is often the setting. Leftists (Marxists, feminists, Antifa, Black Lives Matter, and more mundane Democratic Party politicians) are recurring villains throughout. Most movingly, religion, particularly Judaism and the Jewish people, are appealed to as a source of perennial wisdom and understanding.

It is a most difficult book to title, one held together by person and chronology, the author and the times. The times are of civil disorder, institutional decay, and civilizational decline as viewed through the author’s own experience of them as a citizen, artist, and person of faith. They serve also as a springboard for reflection on his own life and legacy. The book is an autobiography written in “Mehmet speak,” the oblique, cynical, stream-of-consciousness prose which marks the playwright’s biting dialogue.

The bulk of the material found in the wide-ranging chapters of Recessional appeared previously in National Review. The book does not disclose exactly when this material was published, but three events are invoked throughout: the COVID-19 pandemic, the widespread civil unrest in the wake of the murder of George Floyd, and the 2020 Presidential election and its aftermath, including the riot at the United States Capitol on January 6, 2021. These events, beginning in late 2019 and concluding in early 2021, are not chronicled in any detail, and there is no sustained argument that seeks to bring the reader to any particular understanding of them. They serve rather as signs of the times that illustrate for Mamet that, “Now we are engaged in a prodromal civil war, and American constitutional democracy is the contest’s prize.”

The antagonists waging war on the Republic are in Mamet’s analysis its press, schools, and the political left. While some receive their own chapters they return again and again throughout the book, often at surprising points, as recurring villains. Of these three, Mamet is most sympathetic to the press. In the opening chapter, “The Fountain Pen,” he laments that the press has been co-opted by the “confederation of whores” that the political class has always been known to be. “What words can convey my sorrow at their transmutation into organs of state propaganda? Worse than that, they have become unashamed merchants of hatred and panic.”

He sees in today’s press a recapitulation of the Dreyfus affair (1894-1906) during which the circulation of French newspapers quadrupled as many fueled an “anti-Semitic frenzy” in the French Republic, “The model—continued, unremitting hate mongering—has now been adopted with one or two exceptions by our national press.”

Mamet exhibits no sympathy and allows no such exceptions for the nation’s schools. In “Reds, Pinks, and Goo-Goos,” he recalls a quotation from Thomas Dewey, American philosopher and pioneer of progressive education, that was prominently displayed in his own public high school: “A school should be a model home, a complete community, an embryonic democracy.” Mamet unpacks the totalitarian logic of such a model. “How could a school be a complete community? The church or synagogue was not, neither was the shop of business. Each was understood to be a part of a community, a community that would thrive as each of its components contributed its own unique efforts.”

Aside from the additional time it afforded for personal reading, the only upside of the lockdowns inspired by the COVID-19 pandemic, the author later argues, was the closure of schools. “The children in the park are learning more than they would in school. What are they learning? Something. How could they not? They are mobile engines of curiosity.” Mamet’s observation here rings true to the experience of both parents held captive by the vacuous “Zoom School” offered by many of the nation’s public schools, and also by parents who fruitfully experimented with “Homeschool Pods.” These “pods” are a form of schooling that is starkly different from the progressive model of education designed to replicate community, rather they are an education embedded within the broader community itself, even within parks.

While the state of the press is judged a tragedy and the state of education a farce, the political class is indicted by turns as ignorant and malevolent. Unconstrained as they are by market feedback, profit, and loss, the “experts and oligarchs” of our government are often left groping in the dark. “We are fools off our home turf, and no one person can know everything. We have to trust others for their expertise, and we all make mistakes. The horror of the command economy is not that mistakes will be made but they will not be corrected.”

What may plausibly be explained by ignorance, Mamet most often attributes to malice, likening the government to a virus, explaining, “When weakened, the body politic, like the physical body, is subject to opportunist infections. Four years of anti-Trump hysteria, race-baiting, engineered economic disaster, and riots subjected the American body politic to threats (to the Constitution, to religion, to reason) a healthy organism might have shrugged off.” The American body politic, the author repeatedly tells us, is fundamentally diseased, and is slowly being consumed by an ideologically radical political class which, left unchecked, is sure to consume it.

If this summation of the state of the American Republic appears to mirror the diatribes of daytime talk radio, this is no accident. As Mamet confesses, “I love AM talk radio. After a lifetime of that FM voice selling sad, enraged concern and wistful outrage, I’m just happy to hear good American speech and advertisements for snake oil.”

But David Mamet is no snake oil salesman, and his is not merely good American speech. He is an esteemed playwright, filmmaker, and author. His prose and wit sparkle throughout. His deep and broad reading is evident on every page. His style is associational, eschewing straightforward syllogisms and coming to points obliquely to excellent dramatic effect. He is also laugh-out-loud funny, and while there are some excellent jokes, his writing is in the classic American tradition once defined by the master himself, Mark Twain: “The humorous story is American, the comic story is English, the witty story is French. The humorous story depends for its effect upon the manner of the telling; the comic and the witty story upon the matter.”

The AM talk radio-speak often leads to rhetorical excesses, as when early in the introduction Mamet seems to state that the 2020 presidential election was stolen by “the Left.” In April the comedian and talk show host Bill Maher asked Mamet about this claim on his show Real Time: “How [does] the premier person of letters in this country…believe in something 63 courts have laughed out of court?” Mamet answered, “I misspoke on page 2, so I would ask everybody who reads the book to skip page 2.” Whether or not Mamet was seeking to give Maher the runaround, page two remains and there is perhaps a subtler explanation for its presence.

Sigmund Freud is a bit of a recurring character throughout Recessional and is both praised and criticized in different aspects. Still, I do not believe that the claim on page two was a Freudian slip but rather an example of what the psychotherapist Alfred Adler called “compensation”: a mechanism by which feelings of failure in one field are counterbalanced by achievement in another.

In the chapter, “Demotic, A Confession,” Mamet details his time at his alma mater, Goddard College, from which he graduated in 1969, and where he taught in the early 1970s. He confesses that the men there, including himself, “were hiding out from the Vietnam War, and we (myself included) excused our cowardice (in sitting it out and not going to jail) by busing to Washington once or twice and standing in a group.” There, he first encountered the Black Power movement, radical feminism, and most startlingly, “Two of my friends, unknown to me, were Weathermen and involved in the Eleventh Street bombings in New York City in 1970 and went underground for thirty years, and the school and the Plainfield community were the Walmart of the Northeast’s 1960s drug trade.”

There is genuine and moving contrition in this. The chapter also discusses his role in normalizing profane speech in his early theater work and the acknowledgement that “the violation of norms will, eventually, lead to chaos.” It seems that the chaos in our public life today is a chaos Mamet is especially sensitive to and for which he feels some responsibility: “I find myself today in a beach chair with a Negroni, my reminiscences leading me to a similar wonder, ‘What have I done?’”

Beneath the often-overheated political rhetoric is a wounded and sensitive conscience trying to understand and come to grips with a deeply troubled nation. Throughout Recessional, Mamet searches for understanding of our shared human condition in the Hebrew Bible and his own Jewish tradition most movingly in its concluding chapter:

The Torah, the Old Testament, is a course of study in the disease of human consciousness, which is to say human nature. It begins with the sin of the first humans. This prologue explains what we find in the elaboration. The sins and errors of the first humans are found again in their progeny: arrogance, cowardice, duplicity, ingratitude, greed, lust – we all know them all….

The struggles and anguish of the Jews, of the West, of America are, historically, a recitation of failure, heresy, folly, and sin, interspersed with odd instances of heroism. Our American covenant, like any covenant, is aspirational.

These moving meditations make Recessional something which transcends its stated politics and hint at the potential for national renewal through a return to the faith of our fathers, both religious and political. In true dramatic fashion, the very first chapter foreshadows this expertly in the figure of a journalist who covered the Dreyfus affair for Vienna’s Neue Freie Presse, Theodor Herzl. Mamet tells us that Herzel then “foresaw the European extinction of Jewry.” This animated his writing of The Jewish State in 1896 and the First Zionist Conference a year later.

Fifty years later the Jewish state was born and along with it a new beginning for the Jewish people. While national renewal for the Jewish people took the form of the almost miraculous geographic return of the Jewish state, Mamet sees the only way forward for the American nation as a return to its founding principles. No detailed program is outlined, but the analogy suggests that hope should be kept alive. Even the most desperate situations, there is the possibility of renewal and return.

Here are 9 times the Evansville area made national news