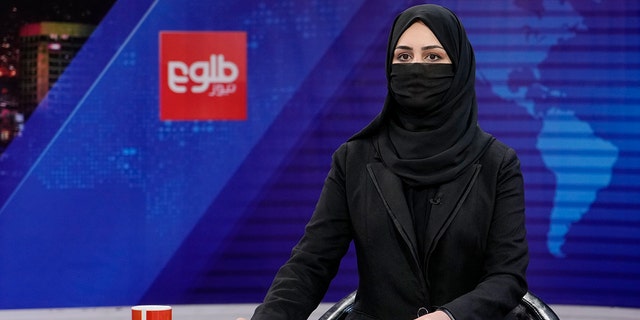 Afghanistan’s Taliban have mandated a new rule requiring all women news anchors to cover their faces while on TV. The Taliban’s Virtue and Vice ministry announced the change on Thursday and began enforcing it over the weekend.

The Taliban said the decision was “final and nonnegotiable”, adding that women could opt for medical masks. By Sunday, most female presenters had covered their faces, while some male colleagues reportedly wore masks as well in support of their colleagues.

Between 1996 and 2001, during the Taliban’s last time in power, women were banned from much of public life and education.

Khatereh Ahmadi, a TV anchor, wearing a face covering as she read the news on TOLO S, in Kabul, Afghanistan, May 22, 2022.
(AP Photo/Ebrahim Noroozi)

This time, the Taliban argued it would take a more moderate approach. The past week’s sweeping change, however, solidified global concerns.

Earlier this month, the Taliban also announced women must fully cover up in public, leaving only their eyes visible. Women are also expected to only leave home when necessary. Failing to comply could result in their male family members being sent to court or to jail.

TV anchor Nesar Nabil wearing a face mask to protest the Taliban’s new order that female presenters cover their faces, as he read the news on TOLOnews, in Kabul, Afghanistan, May 22, 2022.
(AP Photo/Ebrahim Noroozi))

The international community has also pressed the Taliban leadership for educational opportunities for kids. Currently, girls can only attend school until 6th grade, roughly the age of 11.

Despite previous promises from the Taliban that girls would soon have access to education, there have been no changes to date.