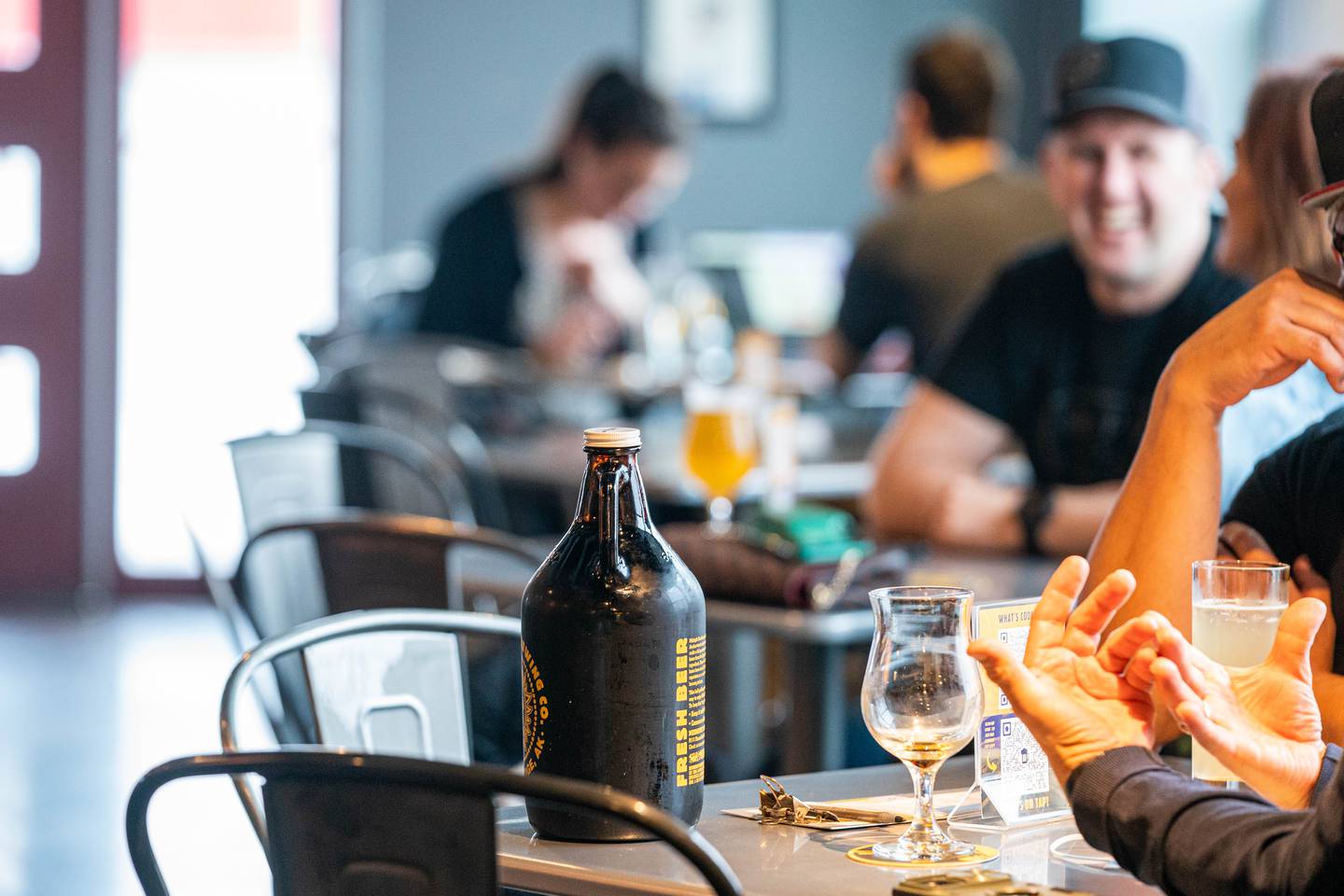 JUNEAU — The president of the Alaska Brewers Guild held his head in his hands, the Senate president laughed and smiled, and the head of Alaska’s largest alcohol trade organization exchanged high-fives with lawmakers as the Alaska House decisively ended 10 years of struggle by passing a sweeping reform of the state’s alcohol laws.

“I think we’re all ready to move on,” said Rep. James Kaufman, R-Anchorage, who carried the bill in the House.

The customers of Alaska’s bars, breweries, distilleries and liquor stores will see few immediate changes, but those involved in the alcohol industry — including the people who regulate it and public health organizations who deal with its problems — say it will modernize the state’s industry.

It also may conclusively end a conflict between established bars and newcomer breweries and distilleries.

Alaska regulates the number of alcohol-related businesses according to the population of a town, city or borough, and most cities are at or above their limit when it comes to bars and liquor stores.

That’s created a high-cost market for secondhand licenses, which can cost hundreds of thousands of dollars. Brewery and distillery taproom licenses are cheaply available over the counter from the state, and bars have been worried about competition that could devalue their licenses.

The dispute between those segments of the alcohol industry killed prior legislative efforts at reform.

Before the 2020 legislative session, industry officials negotiated an agreement, but COVID-19 brought the session to an early end, and legislation never passed.

The Senate passed a revised version of the bill in 2021, and now the House has followed suit.

“A lot of the controversy … has been resolved,” said Wool, a former bar owner whose opposition had been a significant roadblock to passage.

To address the concerns of existing licensees, new taproom licenses will be limited to 1 for every 9,000 people in a town or city. Other licenses are available on a 1 per 3,000 person basis, and the number of breweries and distilleries has no limit — they just can’t open a taproom.

Existing taprooms can stay open, even if their city is over the new limit. Taprooms will also be able to be open from 9 a.m. to 9 p.m. Current law requires them to close at 8 p.m.

Taprooms are currently barred from holding live-music events but will be allowed to hold a limited number of events per year.

Other restrictions remain in place: no TVs, no chairs or stools at the taproom bar, and limited serving sizes.

In Alaska, taprooms have been used as a way for small breweries to make money and create a market for their beer before they begin distributing widely.

Limiting the number of new taprooms has been intensely controversial, and on Sunday, Rep. Jonathan Kreiss-Tomkins, D-Sitka, unsuccessfully attempted to reduce the limit.

“This substantially restricts competition and restricts business creation in this industry,” he said.

His amendment failed 15-22, with opponents saying they didn’t want to disrupt a delicately balanced compromise among different parts of the alcohol industry.

“Maybe it’s time we stop screwing around with this … let’s go ahead and pass this thing,” said Rep. Kevin McCabe, R-Big Lake.

Among the bill’s effects:

• The state will begin to license companies that ship alcohol by mail, taxing those businesses for the first time. Licensing will help police fight bootlegging to the state’s “dry” communities, proponents say.

• Beer kegs must be registered, allowing police to track who bought the alcohol for an underage drinking party.

• Because the Alaska Department of Law rarely prosecutes misdemeanors, many low-level alcohol crimes will become citations instead of misdemeanors. Proponents said businesses operating improperly were escaping punishment because of the state’s low prosecution rate.

• It’s easier to serve beer and wine at a music festival, outdoor concert or nonprofit event by using a restaurant’s alcohol license, even if the event takes place away from the restaurant.

• The bill makes most types of licenses more expensive, but licensees will get additional privileges. Liquor stores will be able to hold events at which they can serve samples. They can also deliver alcohol to homes. A bar will be able to serve alcohol at multiple counters under one license.

SB 9 must return to the Senate for a procedural vote, but Senate President Peter Micciche, who has pushed the bill for the past 10 years, said he expects that will be just a formality before the bill goes to Gov. Mike Dunleavy, who is expected to approve it.

Originally published by the Alaska Beacon.

MSNBC’s Chris Hayes frets his ‘worst fears’ have been