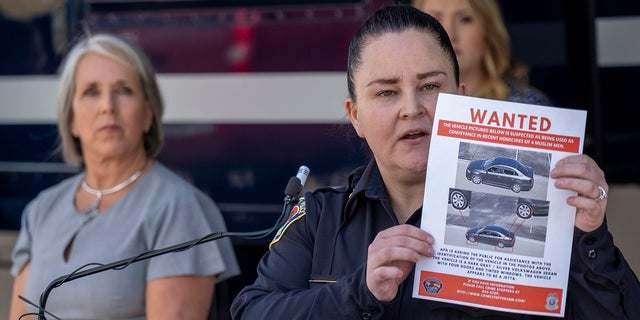 New Mexico law enforcement have detained a person whom they have identified as their “primary suspect” in the fatal shootings of four Muslim men in Albuquerque over the past nine months, officials announced on Tuesday.

“We tracked down the vehicle believed to be involved in a recent murder of a Muslim man in Albuquerque,” the Albuquerque Police Department announced in a tweet Tuesday. “The driver was detained and he is our primary suspect for the murders.”

Four men — all from South Asia and all of whom practice the Muslim faith — have been ambushed, shot and killed in Albuquerque since November 2021, police have said.

Tuesday marked four days since police received word of their most recent murder. Naeem Hussain, a Muslim man from Pakistan, was discovered fatally wounded in the area of Truman Street and Grand Avenue just before midnight on Friday, police said.

On Aug. 1, the third victim, local city planner Muhammad Afzaal Hussain, 27, was gunned down, police said. And before then, 41-year-old Aftab Hussein was fatally wounded on July 26, 2022.

Both men were killed near Central Avenue in southeast Albuquerque, police said. Both were also Muslim and from Pakistan.

And the earliest incident was reported on Nov. 7, 2021, when 62-year-old Mohammad Ahmadi was discovered shot and killed in the rear parking lot of a halal café he owned with his brother on San Mateo Boulevard, according to city officials and local affiliate KRQE-TV. Ahmadi was from Afghanistan, police said.

Altaf Hussain cries over the grave of his brother Aftab Hussein at Fairview Memorial Park in Albuquerque, N.M., on Friday, Aug. 5, 2022. A funeral service was held for Aftab Hussein, 41, and Muhammad Afzaal Hussain, 27, at the Islamic Center of New Mexico on Friday.
(Chancey Bush/The Albuquerque Journal via AP)

On Sunday, the Albuquerque Police Department released images of a vehicle that they believe to have been used for transport in one or more of the four murders. The car in question, a four-door dark gray or silver-colored Volkswagen sedan, bears tinted windows and is possibly a Jetta.

This is a developing news story. Please check back for updates.

Stephanie Pagones is a Digital Reporter for FOX Business and Fox News. Story tips can be sent to stephanie.pagones@fox.com and on Twitter: @steph_pagones.