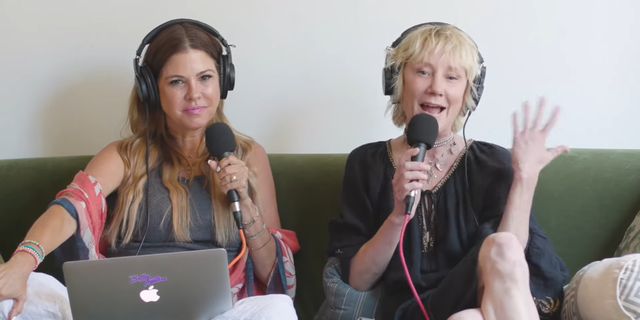 Less than a week after Anne Heche’s death, her podcast partner Heather Duffy wrote a heartfelt tribute to the actress, calling her a “beautiful friend with the kindest soul.”

Duffy and Heche, who was 53 at the time of her death, co-hosted the “Better Together” podcast.

The “Six Days, Seven Nights” actress was declared brain-dead on Friday and later removed from life support after she suffered a “severe” anoxic brain injury when she crashed her car into a Los Angeles home earlier this month.

“I had to take a moment to begin to process the profound loss of my beautiful friend with the kindest soul I’ve known,” Duffy wrote in an Instagram post Wednesday that included a photo of the two friends back-to-back smiling. “Anne was joyful despite all the challenges that she faced in her life. She was truthful despite being in a business that is make-believe. Spreading love and kindness in the world is what mattered most to her, even if, at times, the world did not give it back.”

Anne Heche and Heather Duffy broadcasting one of their podcast episodes.
(YouTube)

Duffy added that many don’t realize the “bravery” it took and the “sacrifice” Heche made in 1997 when she decided to bring her then-girlfriend Ellen DeGeneres to the premiere of “Volcano.”

“Her public stand for equality empowered many LGBTQ+ people worldwide to see a future where they could live in their truth, which mattered to her more than anything,” she wrote. “We have come a long way because of her truth, bravery, and kindness in that moment 25 years ago when she chose to bring a woman as her date to the premiere of Volcano.”

She said she wished the media had spoken to Heche about “how harshly they judged her in those moments when she took a stand for equality.”

Anne Heche (pictured in 2015) was removed from life support on Sunday and will donate her organs. The actress was declared brain dead and died on Friday after a fiery crash the week before.
(Jeff Kravitz)

Heche told the “Behind the Velvet Rope” podcast earlier this year that she “wanted to stand up for love” in bringing DeGeneres to the premiere but it had a huge impact on her career.

In 2020, she told “Dancing With the Stars” because of her relationship with DeGeneres she didn’t work on a studio movie for 10 years. Last year, Duffy called Heche the “original canceled” on the podcast.

“She was way ahead of us, and we are all just catching up,” Duffy continued. “Fly free, my friend. This world was never meant for one as beautiful as you.”

“More than a beloved host, Anne was my friend, collaborator, and a damn good actress. Anne added life to every room she entered with her tremendous energy and welcoming presence.”