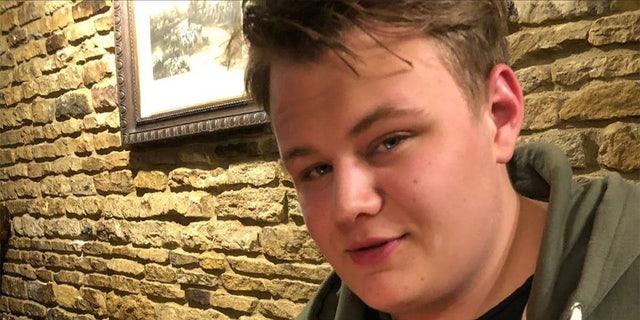 A U.K. court handed down an eight-month suspended prison sentence to Anne Sacoolas, an American woman who admitted to causing the death of 19-year-old Harry Dunn by careless driving in August 2019.

Sacoolas, wife of an American intelligence officer, was driving on the wrong side of the rode when her car collided with Dunn’s motorcycle outside the RAF Croughton air base in eastern England. She returned to the U.S. three weeks after the accident, and the U.S. government invoked diplomatic immunity for her. She ultimately pleaded guilty in October, but the Biden administration recommended that she not return to the U.K. for her sentencing hearing. Instead, she participated virtually.

“There isn’t a day that goes by that I don’t think about Harry,” Sacoolas said in a statement read by attorney Ben Cooper. She said she was “deeply sorry for the pain I have caused.”

The suspended sentence means that as long as she does not commit another offense in the next year, she will not face jail.

ANNE SACOOLAS, WIFE OF US DIPLOMAT CHARGED IN CRASH THAT KILLED BRITISH TEEN HARRY DUNN, TO APPEAR IN UK COURT

Despite characterizing Sacoolas’ actions as “not far short of deliberately dangerous driving,” Justice Bobbie Cheema-Grubb said she reduced the sentence – which could have been a maximum of five years in prison – due to Sacoolas pleading guilty and exhibiting good character prior to the crash. Cheema-Grubb also noted that the sentence cannot even be enforced while Sacoolas is in the U.S.

Dunn’s family also brought a civil suit against Sacoolas in Virginia federal court. In court documents, they claimed that Sacoolas may have been using her phone at the time of the crash, arguing that she might have tampered with her phone to hide data that would reveal this.

Her attorney, in that case, noted that Sacoolas “did not take any steps intended to remove data from her phone” but changed SIM cards when she returned to the U.S. because the old one was for the U.K.

The U.S. had refused to extradite Sacoolas, meaning she could have evaded authorities in the criminal case, but Cheema-Grubb said it was the “calm and dignified persistence” of Dunn’s parents that convinced her to go before the court and plead guilty. The parents spent three years talking to political figures in both countries in an effort to get Sacoolas to face accountability.

Charlotte Charles, left, mother of Harry Dunn, and Tim Dunn, the father, speak to the media outside the Old Bailey, in London, Thursday, Dec. 8, 2022. US citizen Anne Sacoolas, 45, has been given eight months suspended sentence for causing death by dangerous driving in the death of 19-year-old Harry Dunn, who was killed in a collision with a car outside an air base in eastern England in 2019.(AP Photo/Alberto Pezzali)
(The Associated Press)

“As a family we are determined that his death will not have been in vain and we are involved in a number of projects to try to find some silver lining in this tragedy and to help others,” Dunn’s mother Charlotte Charles said in a victim impact statement. “That will be Harry’s legacy.”

What If the US Invades Russia (Day by Day)