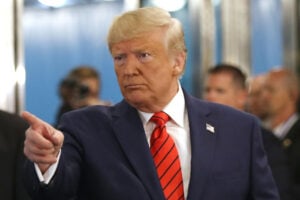 Ed. Note: Welcome to our daily feature Trivia Question of the Day!

Republican National Committee Chair Ronna McDaniel recently confirmed the RNC will not pay legal bills for any candidates for president. How much has the RNC already coughed up for Donald Trump’s legal bills?

Hint: The RNC previously announced they were covering the legal costs for the former president for “politically motivated legal proceedings,” including investigations by the Manhattan District Attorney, Alvin Bragg, and New York Attorney General Letitia James.

See the answer on the next page.