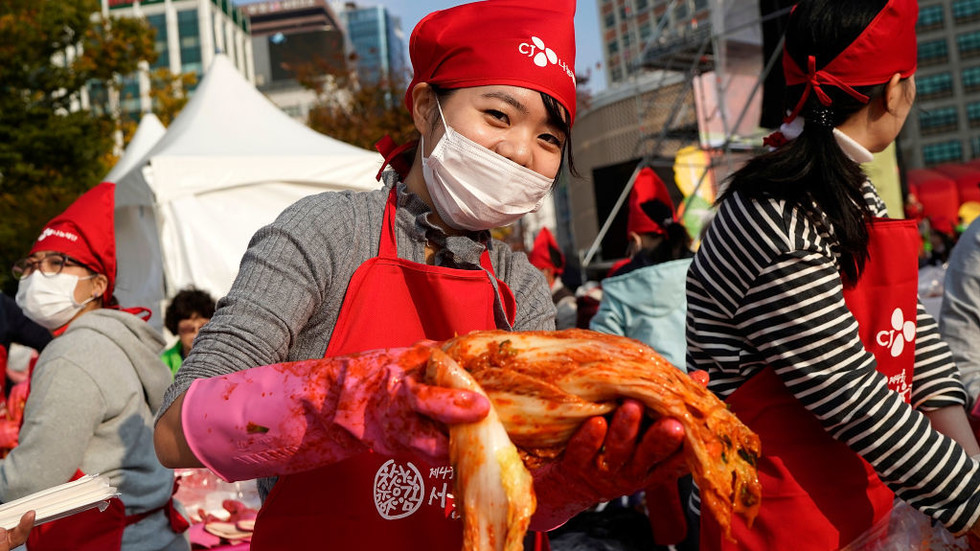 Extreme weather has damaged the cabbage crop in South Korea, driving up prices and leaving kimchi in short supply

South Koreans face soaring costs for kimchi, a key staple of their daily diets, after extreme heat and flooding rains wiped out much of the country’s cabbage crop, making the pickled radish dish far more expensive to make and increasingly difficult to buy.

Prices for the cabbage used to make the most common type of kimchi have more than doubled in the past year and have surged 41% in just the past month to about 3,300 won ($2.32) per kilogram, according to data from the state-run Korea Agro-Fisheries & Food Trade Corp. Prices for white radish used in another popular type of kimchi have surged even more in the past year, by 146%, to more than 2,800 won.

The increases couldn’t come at a much worse time, given that South Koreans are already being squeezed by historically high inflation and are heading into kimchi-making season in November, when families typically produce stockpiles of pickled vegetables to eat during the winter months. “Every time I go grocery shopping, I see the prices of vegetables going up,” Seoul resident Hong Seong-jin told Arirang News.


With costs of making the iconic staple at home soaring, consumers are increasingly looking to buy factory-made kimchi. However, shipments of the product to supermarkets have dropped by about half from normal levels, and supplies have “completely disappeared” from online shops, YTN News reported last week.

Major kimchi makers, including Daesang and CheilJedang, have raised their prices by 10-11%, and more increases are expected. Many consumers jokingly refer to the pickled radish as “geumchi,” suggesting that it costs as much as gold.

Restaurants have responded by being stingier with kimchi, which is historically included with many meals as a free side dish. For instance, a chicken restaurateur in Seoul told YTN that he’s charging 3,000 won when customers request a small serving of kimchi. A head of cabbage costs three times the price of a raw chicken, he explained.

South Korea’s consumer price index jumped 5.7% from a year earlier in August after climbing 6.3%, a 24-year high, in July. Food prices have risen even more, running 8% higher than a year earlier for two straight months.


READ MORE:
US envoy weighs in on South Korea v China online feud over which country is ‘original home of kimchi’ & hints at Seoul as winner

Prices for some popular foods are rising at a much faster pace. For instance, fried chicken prices surged 11.4% on year in July. The average price of gimbop, a popular rice dish rolled in seaweed paper, jumped 11.5%, exceeding 3,000 won for the first time, according to the Korea Consumer Agency. Gimbop sold for as little as 1,000 won at some Seoul eateries just a few years ago. A bowl of jajangmyeon, or black bean noodles, now costs 6,300 won, on average, up 15.3% on year.

Will Smith ‘understands’ if people aren’t ‘ready’ to