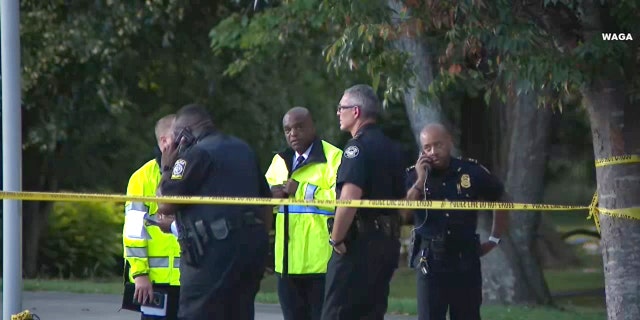 An argument at a park in southwest Atlanta Sunday evening led to a deadly mass shooting in which six people were shot, including a 6-year-old who was critically injured.

Officers responded to reports of a person shot at Dunbar Recreation Center inside Rosa L. Burney Park at around 7 p.m., Atlanta Police said. They found multiple people shot when they arrived at the scene.

A baseball or softball game was being played at the park when the shooting took place.

A shooting at an Atlanta park left one person dead and five others injured.
(WAGA)

“There was some type of baseball or softball game going on at the park. There was an argument that ensued and the next thing you know, there was an exchange in gunfire,” Deputy Chief Charles Hampton Jr. said Sunday.

The victims of the shooting include a man in his 30s who was killed and a 6-year-old in critical condition, Hampton Jr. said.

The child was transported to the Children’s Healthcare of Atlanta – Egleston Hospital for treatment, police said.

A baseball or softball game was being played at the park when the shooting took place.
(WAGA)

A 6-year-old child was critically injured and a man in his 30s was killed in a shooting at an Atlanta park on Sunday.
(WAGA)

No arrests have been made in connection with the shooting. Information about a potential suspect was not made available.