Victorian Senator Ralph Babet has slammed the decision by New Zealand authorities to stop independent Melbourne-based journalists from entering the country to report on an anti-government protest.

Rebel News reporter Avi Yemini was sensationally banned from boarding his flight to Wellington last week while independent journalist Rukshan Fernando had his passport flagged at check-in and was subjected to questioning before being allowed into the country.

Babet said in a statement that the decision was action a ‘reasonable person might expect to see in an authoritarian regime’ and not from a Western democracy like New Zealand.

“Journalistic freedoms must be protected A free and open press is the foundation of a democratic, safe and stable society,” he said.

“I call on the Government of New Zealand to review the actions taken in this matter.“ 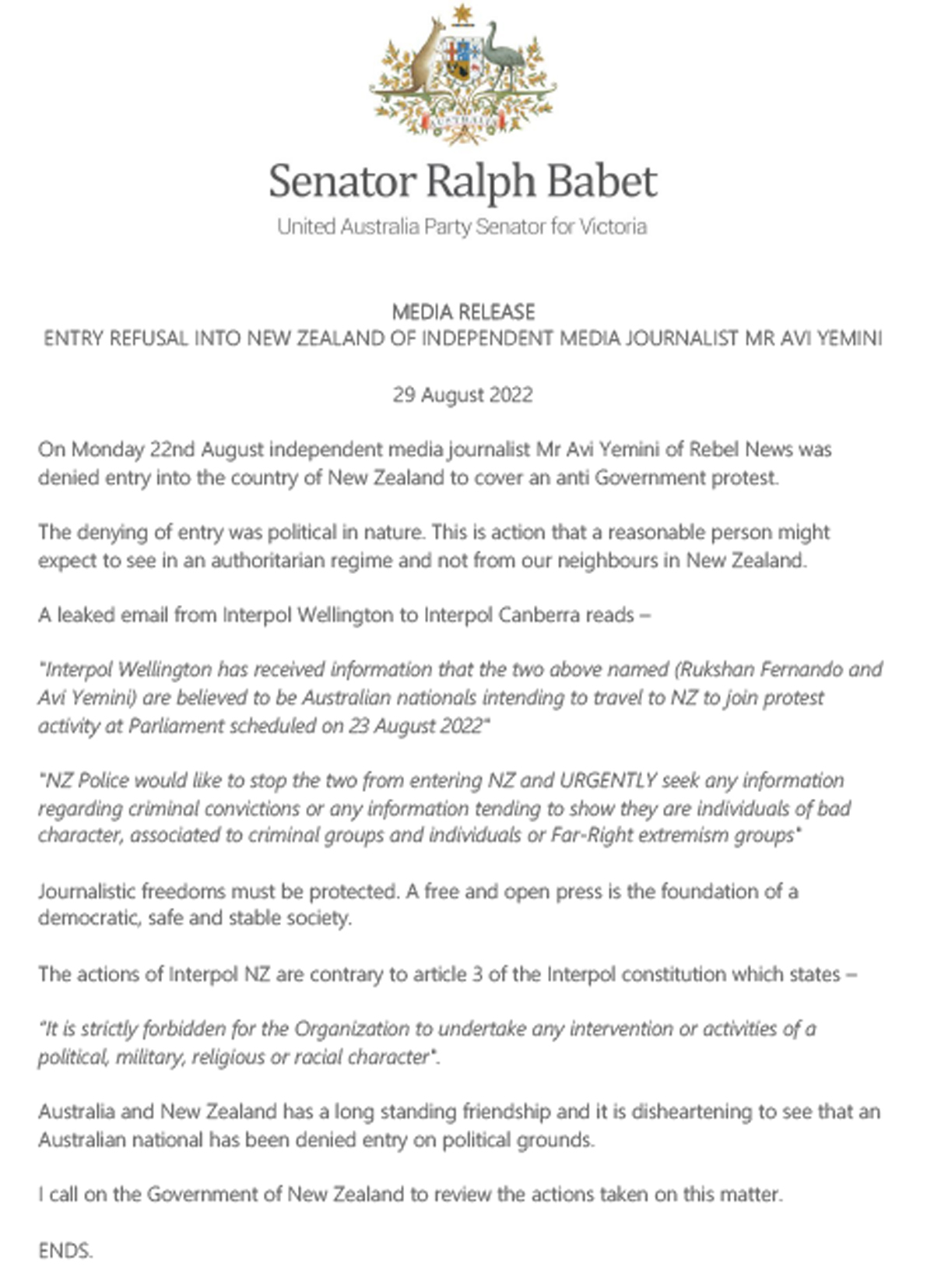 In response to the news of Yemini’s ban from New Zealand, the Senator said:

“And always beneath control, there is … fear.

“Clearly, Avi, you’ve got them scared. Scared of the truth getting out.

“Honest reporting of events is fundamental to a democracy and to contests of ideas and to people’s expression in protests.

“What is the New Zealand government hiding?”

The terms ‘Avi Yemini’, ‘Rebel News’ and ‘Interpol’ trended widely across social media today despite no mainstream media coverage of the leak.

Commentators across social media condemned the sensational move to try to and stop the reporters from boarding their flights.

EIFMinistries - January 27, 2023 0
The Up and the Down - CCC Tuesday Evening Bible Study LIVE! Fred Price Jr. Praise and celebrate with us at Crenshaw ... source
Go to mobile version