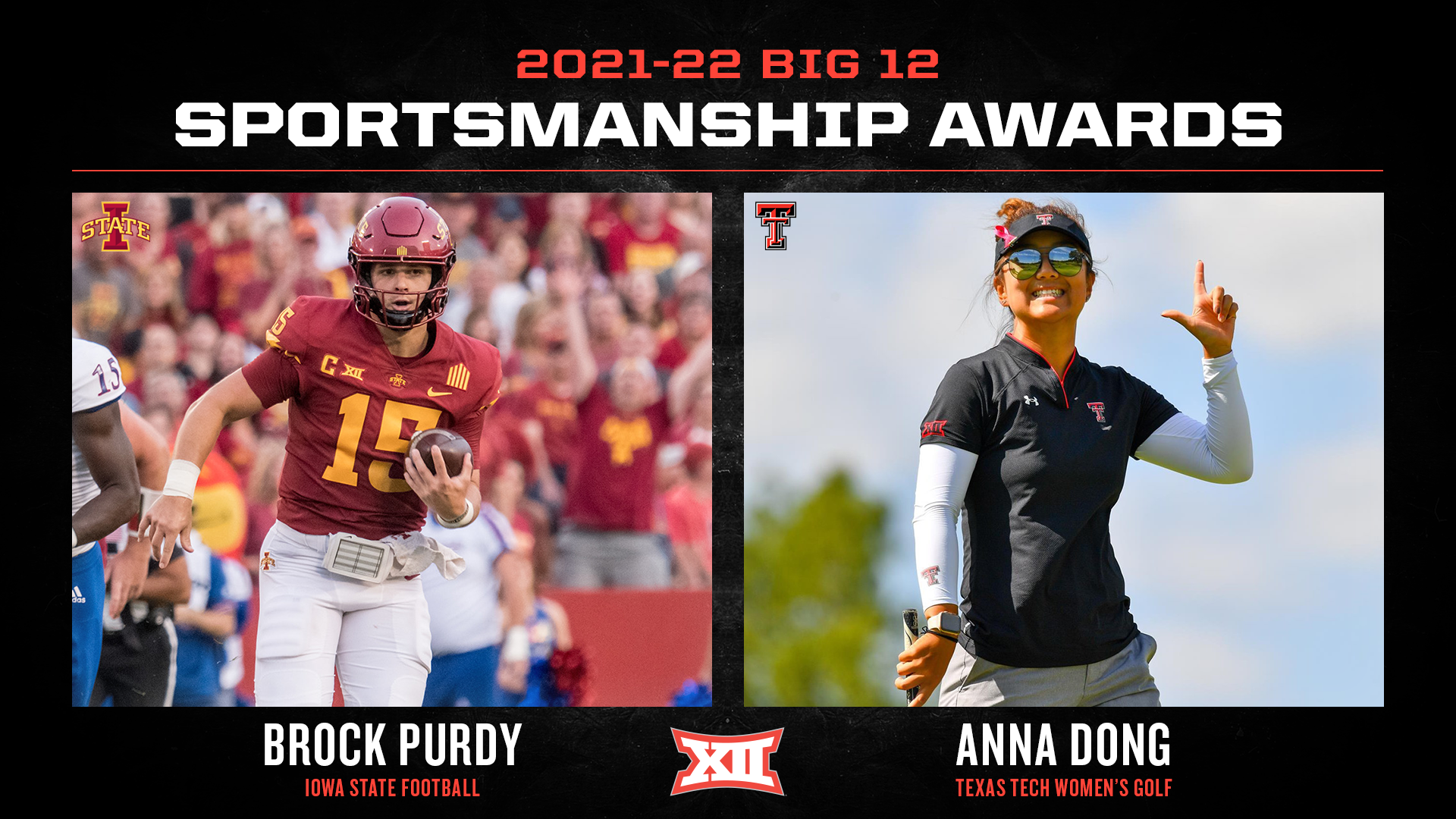 The Awards, previously called the Sportsperson of the Year, began in 2000-01 to annually recognize student-athletes who displayed an extraordinary degree of sportsmanship, community service and academic achievement. This year’s winners were selected by a 10-person media panel.

One of the most active student-athletes on the Texas Tech campus, Anna Dong is the Vice President of the Student-Athlete Advisory Committee (SAAC) and will serve as the student-athlete representative for the Texas Tech Athletic Advisory Committee for the 2022-23 year. She helped the golf program lead all Texas Tech women’s teams in community service contributions, and participated in programs such as Suited for Success, Wreck ‘Em Prep and the NCAA Career Sports Forum.

She is a three-time Academic All-Big 12 First Team honoree, and is a two-time Women’s Golf Coaches Association All-America Scholar. The Guangzhou, China native is a regular honoree on the Texas Tech President’s and Dean’s Lists.

On the course, she is known as an ideal playing partner due to her friendly personality and ability to befriend almost anyone. Dong averaged 73.3 strokes per round as the Red Raiders advanced to the NCAA Regionals.

Purdy was the Iowa State football team’s advocate for the Fellowship of Christian Athletes, presenting to groups, leading bible studies and taking speaking engagements, with little notoriety for his contributions. He was involved in events such as Night to Shine, a special-needs prom, Iowa State’s Victory Day, an event for individuals with disabilities to compete in drills at Jack Trice Stadium, and the Boys & Girls Club Day for Kids. He visited with students at local high schools, both as a keynote speaker for Fields of Faith and with regular in-person and zoom visits.

Purdy was ISU’s starting quarterback for 46 consecutive games, and finished his career with 32 Iowa State records. After the season, he was selected in the NFL Draft by the San Francisco 49ers.

The Mystery of GOD has been revealed

The Mills Family - August 13, 2022 5
We Will be reading from the 1984 NIV, follow along online at: https://www.biblestudytools.com/matthew/1.html The dramatized 1984 NIV audio bible has recently been made available again on...
Go to mobile version