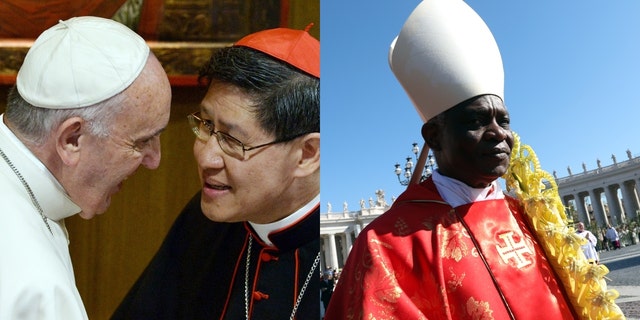 Pope Francis if he resigns, a prospect that has gained renewed speculation as the Catholic leader battles a knee ailment that has confined him to a wheelchair and forced him to cancel trips.

Luis Antonio Gokim Tagle, a Filipino cardinal currently serving as the Pro-Prefect for the Section of Evangelization of Dicastery for Evangelization, is the current betting favorite to be the next pope, coming in at 5/1 odds to fill the role, according to OLBG betting odds tracker. Peter Kodwo Appiah Turkson, a Ghanaian cardinal, a Ghanaian cardinal who currently serves as the chancellor of the Pontifical Academies for Sciences and for Social Sciences, comes in next at 6/1 odds to be the next pope.

While many observers of the Catholic Church believe the resignation of Francis is unlikely to come to pass, tapping a pope from outside of Europe would be a rare event. Pope Francis, who was born in Argentina, was the first non-European to fill the role in over 1,200 years. There has yet to be a pope who was born in sub-Saharan Africa or East Asia.

Popes have also rarely resigned the papacy before death, with Pope Benedict being the first to voluntarily resign from the position in over 700 years when he did so in 2013.

But speculation has continued to swirl around Francis becoming the second consecutive pope to voluntarily resign, with observers noting his declining health and canceled trips as reasons for concern about his future ability to fill the role.

Francis had the left part of his colon surgically removed due to a bowel condition last July, while more recently he has been forced to move around with the help of a cane or wheelchair because of a knee condition. Nevertheless, those close to Francis have so far brushed off talk of a potential resignation.

For his part, Francis has been open about the realities of his declining health.

“When we are old, we cannot do the same things we did when we were young: The body has another pace, and we must listen to the body and accept its limits,” the pope said in his general audience address earlier this month. “We all have them. I too have to use a walking stick now.”