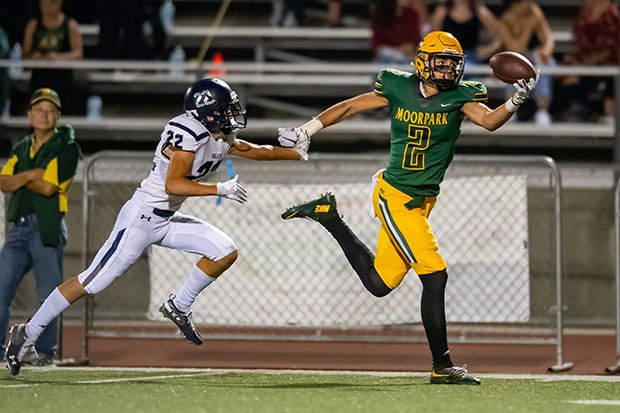 For the first time since 2018, California high schools finished with the most first round selections after having five players selected on Thursday in the opening round of the 2022 NFL Draft. Former Dorsey (Los Angeles) and Oaks Christian (Westlake Village) standout Kayvon Thibodeaux was the first to come off the board when the New York Giants took him fifth overall.
Thibodeaux finished his high school career with 54 sacks and was the No. 2 overall player in the 247Sports composite rankings for the Class of 2019. He was selected to the MaxPreps All-Decade Team and is the fifth player from Oaks Christian to be drafted since 2014.
Drake London (Falcons), Chris Olave (Saints), Trent McDuffie (Chiefs) and Devin Lloyd (Jaguars) all played high school football in Southern California and gave the Golden State its most first round selections since 2018 when it tied with Florida for the most with six.

Georgia and Texas tied for the second most selections with four.

Travon Walker was selected No. 1 overall by the Jacksonville Jaguars and the former Upson-Lee (Thomaston) five-star recruit is the second straight player from Georgia to be taken with the first pick. Trevor Lawrence of Cartersville was selected at No. 1 in 2021 and now they will be teammates in Duval County.

Garrett Wilson of Lake Travis (Austin) headlines the four players selected from Texas. The former five-star wide receiver helped lead the Cavaliers to a 6A-Division 1 state title in 2016 and was also a MaxPreps All-Decade pick.

Kenyon Green (Texans), Tyler Smith (Cowboys) and Lewis Cine (Vikings) extended the Lone Star State’s streak of having at least three first round selections for the fourth consecutive year.
Florida had its lowest total selected in the first round since 2017 when it had none. Evan Neal of IMG Academy (Bradenton) and Kaiir Elam of Benjamin (Palm Beach Gardens) were the two players chosen from the Sunshine State.

The New Orleans Saints selected former Newman Catholic (Mason City) standout Trevor Penning with the No. 19 pick and the Baltimore Ravens took Tyler Linderbaum of Solon with the 25th selection.
In total, 18 different states had at least one selection in the first round of the 2022 NFL Draft. See the complete breakdown below.

Selected Thursday night by the Atlanta Falcons, Drake London hauls in a pass during his senior year at Moorpark (Calif.).

The Innumerable Multitude in the Book of Revelation