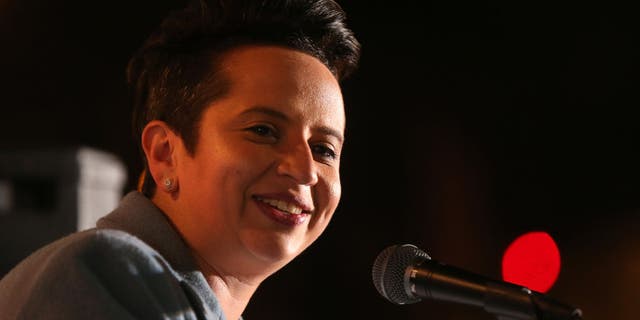 The Canadian House of Commons erupted in shouts of condemnation Wednesday after Prime Minister Justin Trudeau replied to a Jewish member of Parliament by accusing members of the opposing Conservative Party of “standing with people who wave swastikas.”

Trudeau, a member of the Liberal Party, made his comment in response to being grilled by Conservative MP Melissa Lantsman during a tense, emotional Question Period, which occurs every sitting day in the Canadian House of Commons when members of Parliament ask questions of government ministers, including the prime minister.

Lantsman, who became the first Jewish woman in the Canadian Parliament last October, read a 2015 quote from Trudeau when he said, “If Canadians are going to trust their government, their government needs to trust Canadians.”

Lantsman contrasted such a sentiment with Trudeau characterizing members of the Freedom Convoy as “very often misogynistic, racist, women-haters, science-deniers, the fringe.” Accusing him of fanning “the flames of an unjustified national emergency,” Lantsman demanded to know “When did the prime minister lose his way?”

MP Melissa Lantsman wins her riding of Thornhill for the Conservative Party in Thornhill, Ontario, on Sept. 21, 2021.
(Steve Russell/Toronto Star)

The other side of chamber erupted in response, prompting Speaker of the House of Commons Anthony Rota to interrupt in an attempt to restore order. He also admonished all — “including the Right Honourable prime minister” — to avoid “inflammatory” language in the House.

MP Dane Lloyd later rose to rebuke Trudeau for his comment, saying, “Mr. Speaker, I’ve never seen such shameful and dishonorable remarks coming from this prime minister. My great-grandfather flew over 30 missions over Nazi Germany. My great-great-uncle’s body lies at the bottom of the English Channel. There are members of this Conservative caucus who are the descendants of victims of the Holocaust.

Lantsman later introduced a point of order demanding a personal apology from Trudeau.

Lantsman’s point of order was met with applause, by which time Trudeau had already left the chamber.

The tense back-and-forth in the lower chamber of the Canadian Parliament came as Trudeau faces intense criticism for his invocation of the Emergencies Act to crack down on trucker blockades and Ottawa protests, which have lingered for 20 days. Trudeau has repeatedly characterized the demonstrations against vaccine mandates as illegal.

The Wiz goes woke: Reboot of classic film to include more LGBT representation