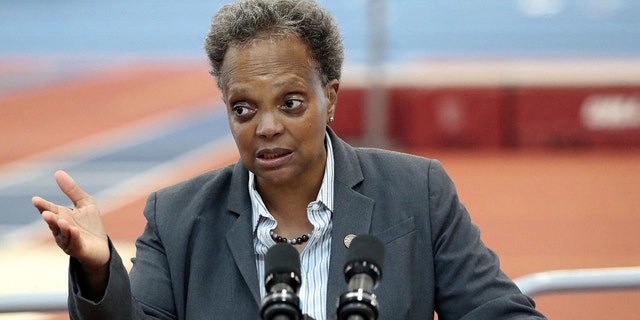 The Chicago Police Department is making a push to hire newly separated U.S. Marines in a bid to overcome an officer shortage of over 1,000.

“The reality is that we need to fill the gaps quickly,” Chicago police Deputy Chief Migdalia Bulnes said, according to CBS.

The department said they recently hired 50 new officers, but that number still leaves them about 1,300 short of what they need. That reality brought Bulnes and six other officers, all Marine veterans, to Camp Pendleton, Calif. to recruit Marines on their way out of the service into the Chicago Police Department.

Filling the void will not be an easy task for the city’s police, with other police departments around the country also facing a shortage of officers following a wave of resignations and retiring officers in the wake of the protests over George Floyd’s death in 2020. According to a survey of 172 police departments across the country from the Police Executive Research Forum, resignations are up 40% since 2019 while retirements are up 25%

CHICAGO 5-MONTH-OLD BABY GIRL DIES AFTER BEING SHOT IN THE HEAD: ‘A DISGRACE’

“These negative changes almost certainly were caused largely by the extreme stresses that the COVID-19 pandemic brought to policing in 2020 and 2021, and by the thousands of protests and demonstrations following the murder of George Floyd in 2020, which in many cases involved acts of violence and hostility toward police officers,” read the conclusion of the survey.

But some wonder if turning to Marine veterans, a group of highly trained and fit individuals, is the proper solution to the shortage.

“The first thing is: are we making law enforcement process too militant?” Bulnes asks. “And no, we’re not. They are individuals, just like us, just like you. The process will weed out those that have issues.”

The Chicago Police Department has now streamlined the process for Marines to join the department when they separate from service, giving immediate drug screens and background checks to 19 Marines who applied with the force at Camp Pendleton. The process used to take several months to complete, but has been condensed to three weeks for the soon-to-be civilian Marines.

“I just want to bring the crime rate down and serve a great community,” said Cpl. Jeremiah Harrington, one of the Marines to apply, said of his interest in serving for the department.

The office of Chicago Mayor Lori Lightfoot and the Chicago Police Department did not immediately respond to a Fox News request for comment on the push to hire Marines.

A 5.3 magnitude earthquake rocks Honduras, no

Water park staff must ask men if they are pregnant at Wild (Woke) Waterworks in Hamilton, Ontario

First on CNN: Jan. 6 text messages wiped from phones of