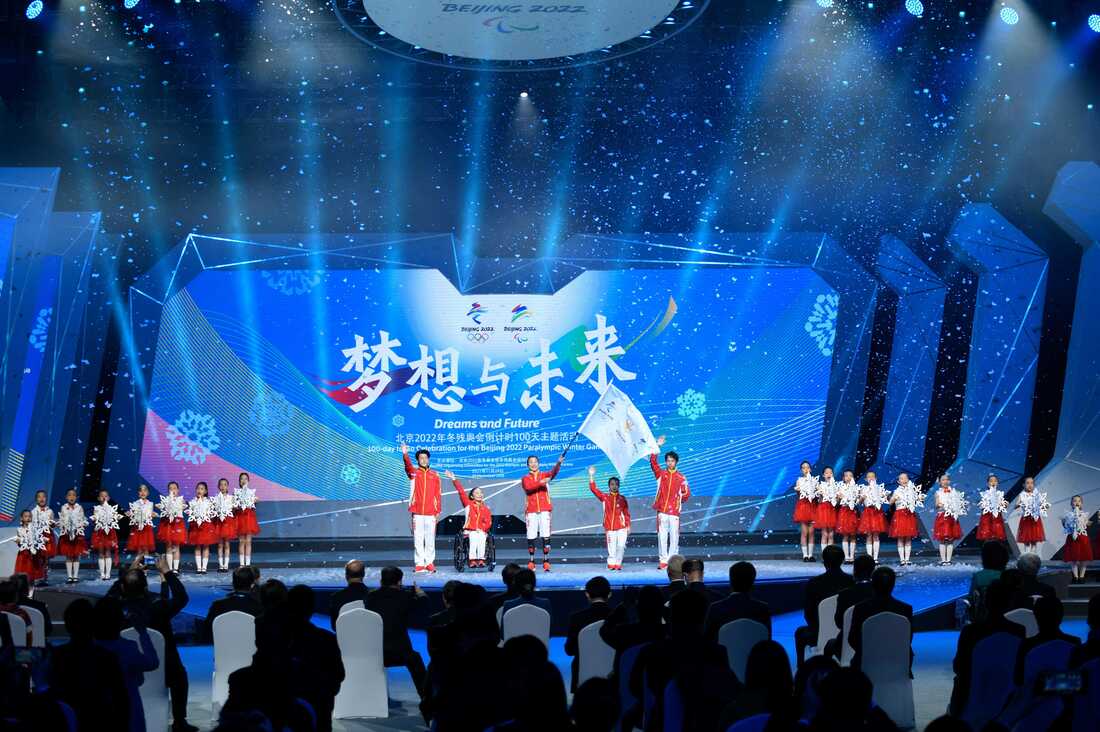 BEIJING — In March, China plans to have 115 of its superbly trained and intensely driven athletes compete on the Chinese Paralympic Team at the Winter Games in Beijing.

China has dominated the medal count at the last five consecutive Paralympic Games and is projected to sweep again this year. Its method for success? Substantial state funding and a highly competitive track for identified athletic talent.

“China was always behind disabled athletes as an acceptable symbol of China’s modernity that the government cares for the people,” says Susan Brownell, an anthropology professor at the University of Missouri-St. Louis who studies big sporting events. “Now they’ve become savvier about utilizing the Games as a platform to promote their national image.”

“Sports is one of the few ways a person with disabilities can receive resources from the state,” says Chen Bo, a law professor at the Macau University of Science and Technology who specializes in disability access.

Ping Yali, China’s first Paralympic gold medalist, says the general hardship the disability community faces has made them tougher — and given them an advantage over athletes from other countries.

“Paralympians have already been honed by extreme hardship; so now that China has given us the opportunity and cared for us, we’ve won a ton of medals,” Ping, who is legally blind, says. “Foreign Paralympians haven’t suffered like us.”

Ping Yali, who was China’s first Paralympics gold medalist, carries the flame at the National Stadium during the opening ceremony for the 2008 Beijing Paralympic Games in the Chinese capital on Sept. 6, 2008.

Yet there are still substantial disparities between Paralympic and Olympic funding. According to public statistics, funding for Paralympics in China last year alone was 20.99 billion yuan ($3.3 billion), about half of what China’s General Administration of Sport spends on its Olympic athletes. It was not until Beijing secured the bid for the 2008 Summer Olympics that Paralympians got their own facilities.

Ping remembers while training in the 1980s, she had to borrow the Olympic training facilities during the other athletes’ lunch breaks. “Even today, the conditions for able-bodied and disabled athletes are not equal. But they have improved a lot,” she tells NPR from her home in western Beijing.

In 1984, Ping flew to Los Angeles to compete in China’s first ever Paralympic Games. And she won gold — the first Chinese athlete to do so. (For years, China overlooked her as its first Paralympic gold medalist, while hyping a non-disabled athlete who won gold in sharpshooting more than a month after Ping.)

Ping’s life is emblematic of the gap between Paralympic support and actual disability access. After winning her gold medal, she fell on financial hard times; she was paid just a fraction of what Olympic athletes were paid. She ended up opening massage parlors run by blind masseurs to earn a living.

But Ping is plucky. She’s never stopped pushing for disability access. She was the first person in China to get a licensed guide dog — a golden retriever named Lucky. In 2008, she and Lucky ran the last relay of the Olympic torch for the Beijing Summer Games.

Snow machines make artificial snow near the ski jumping venue for the Beijing 2022 Winter Olympics before the area closed to visitors, on Jan. 2, in Chongli county, Zhangjiakou, Hebei province, northern China. The area will host ski and snowboard events during the Winter Olympics and Paralympics.

Athletes rise through a pipeline to go pro

Like all Chinese Paralympic athletes, Ping came up through a system of hundreds of training centers for people with disabilities managed by the China Administration of Sports for Persons with Disabilities, from which qualified athletes are selected through competition to train nationally.

The system is structured like a pyramid: At the bottom are the local training centers specifically for people with disabilities, from which the most gifted are chosen at an early age to train with state sponsorship. The best make it to the national team.

This athletic system once worked in tandem with the historical segregation between people with and without disabilities in China’s public education system, a separation that ironically may make it easier to identify the physically gifted.

That segregation is being dismantled. In 2014, China began integrating blind and visually impaired students into public schools. In 2017, a new law allowed all students with disabilities to enter public schools and thus universities. All this was a huge step forward, says Chen, the law professor. But he says China still uses more of a charity model when conceptualizing disability.

While disabled athletes are more frequently held up as a paragon of success, such examples could guide public conversation on disability in an unproductive way, says Chen: “The stigma could be, we raised you to have to work hard, train hard, and achieve something, in order to be accepted as an equal member of the society.”

The education law is relatively new, so only about 400,000 of China’s approximately 85 million people with disabilities — or, less than half a percent — went to public schools with non-disabled people.

“Resistance abounds at many levels — from under-supported and overworked mainstream school teachers, from competitive parents of non-disabled students, and from local-level disability bureaucrats who are now asked to carry out harder work with only limited funding increases,” says Di Wu, a researcher who studies disability in China.

Despite these challenges, Wu says China has made strides toward better accessibility and inclusive education. The growing visibility of the Paralympics and more disabled people living and working alongside non-disabled people can slowly change the perceptions among the general population.

“Access requires a shift in mindset from seeing disability as a deficit to be overcome, to one that truly acknowledges people with disabilities,” says Wu, “as equal members of the society who have the right and option to participate in every aspect of it.”