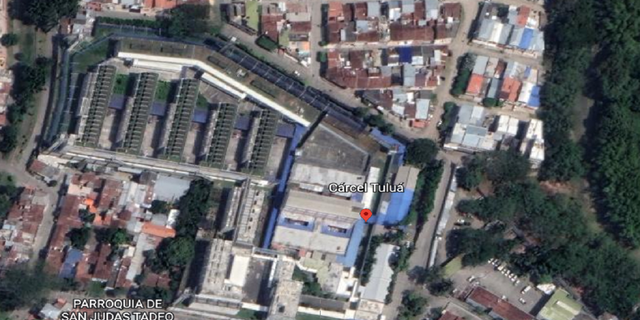 At least 51 people have died in a Colombia prison Tuesday after a fire broke out following an escape attempt, reports say.

The blaze in the Tulua prison, which also left 30 injured, unfolded around midnight, according to Caracol Radio.

“We regret the events that occurred in the prison of Tuluá, Valle del Cauca,” Colombia’s President Iván Duque Márquez wrote on Twitter, adding that he has ordered federal prison officials “to carry out investigations to clarify this terrible situation.

“My solidarity with the families of the victims,” Márquez also said.

The prison in Colombia where the fire erupted.
(Google Earth)

Sources in Colombia’s National Penitentiary and Prison Institute (INPEC) told Caracol Radio that an escape attempt inside the facility led to a riot, where prisoners started a fire.

More than 1,200 inmates were crammed into the area where the chaos erupted, the station adds.

There were no reports of prisoners managing to escape the facility. (iStock)

“It is a tragic and disastrous event,” General Tito Castellanos, the head of INPEC, was quoted by Reuters as telling Caracol Radio. “There was a situation, apparently a riot, the prisoners lit some mattresses and a conflagration occurred with unfortunately triggered the death of 49 prisoners.”

There were no immediate reports of prisoners managing to escape.