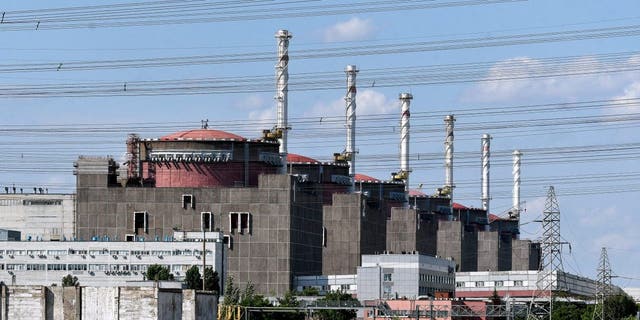 Dozens of countries, including the United States, Japan, the United Kingdom, and Turkey, called on Russia to withdraw its troops from Ukraine’s Zaporizhzhia Nuclear Power Plant and the surrounding area in a joint statement on Sunday.

“We urge the Russian Federation to immediately withdraw its military forces and all other [unauthorized] personnel from the Zaporizhzhia Nuclear Power Plant, its immediate surroundings, and all of Ukraine so that the operator and the Ukrainian authorities can resume their sovereign responsibilities,” the countries said.

Ukraine and Russia have pointed the blame at each for shelling at the facility, which is the largest nuclear power plant in Europe.

Communication lines, radiation monitoring sensors, a nitrogen-oxygen station, and other parts of the plant have been damaged by explosions in recent days.

“Every Russian soldier who either shoots at the plant, or shoots using the plant as cover, must understand that he becomes a special target for our intelligence agents, for our special services, for our army,” he said on Saturday evening. He called the tactic “nuclear blackmail.”

Mykhailo Podolyak, an adviser to Zelenskyy, said that Russian forces are targeting the part of the plant “where energy supplying [the] south of Ukraine is stored.

A Russian serviceman stands guard the territory outside the second reactor of the Zaporizhzhia Nuclear Power Station in Energodar on May 1, 2022.
(ANDREY BORODULIN/AFP via Getty Images)

Ukraine’s state-run nuclear company Energoatom said on Sunday that an employee of the plant was killed by Russian shelling near his home in Enerhodar.

Russian forces have controlled the plant since early March, but Ukrainian staff have continued operations, according to the International Atomic Energy Agency.