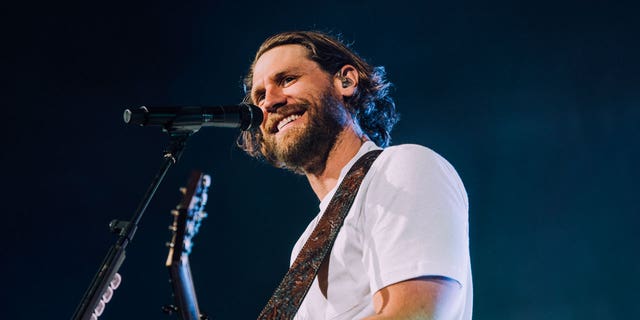 Chase Rice’s country music career was a dream that became reality for him.

The singer’s journey to stardom began with a college football lifestyle and ended with him making music. Rice credited his work ethic for creating the opportunities that came his way throughout his life in an interview with Fox News Digital.

“I’ve lived a very, very blessed life, and a lot of things — some things — just fall in my way, which is awesome,” he told Fox News Digital. “At the end of the day, I’ve also worked extremely hard for many of those successes to come my way.”

The “Lonely If You Are” singer enjoyed a college football career and was expected to enter the NFL before he was injured.

Chase Rice explained how he made his country singing dreams a reality during an interview with Fox News Digital.
(Credit Kaiser Cunningham)

Rice pivoted to NASCAR and ended up working for Hendrick Motorsports, which he called an “unbelievable opportunity” that fell in his lap through a connection with a coach at the University of North Carolina at Chapel Hill.

After his time as a pit crew member, Rice found himself on “Survivor: Nicaragua.” He took the opportunity “just for the adventure,” but it pushed him forward on his journey to becoming a musician.

“I wanted the adventure, and that was cool,” he told Fox News Digital. “But that also led me to being able to have the funds … to move to Nashville and start writing songs.”

“At the end of the day, I’ve also worked extremely hard for many of those successes to come my way.”

“That was my dream and also being on an island for 40 days, not having a whole lot to do, allows you a lot of time to think,” he further explained. “That was when I really realized that I want to chase this dream. It’s a dream that was far from reality and somehow became reality.”

While writing music, Rice also has found time to partner with Coors Banquet and work alongside the Wildland Firefighter Foundation through the “Protect our Protectors” campaign. The singer said the opportunity happened “naturally” and was an “eye-opening” experience for him.

Rice went through two different types of firefighter training to get a better understanding of what protectors go through. In one training, he helped firefighters stop a wildfire.

“The fire spreads so fast that you can understand how so many lives are lost every year just with how dry it is out here and how dangerous that job really is.”

“The fire spreads so fast that you can understand how so many lives are lost every year just with how dry it is out here and how dangerous that job really is,” Rice told Fox News Digital. “Really can’t comprehend that until you’re out there with them fighting a fire.”

Until Oct. 16, Coors Banquet purchases will benefit firefighters, including limited edition stubby bottles with “Protect our Protectors” packaging online and in stores.

On top of his work with charity, Rice is gearing up to release new music. The singer dropped “Key West & Colorado” July 29 and is about to release a new album.

The country music crooner described the new music as “completely different” than anything he’s done before.

“I wanted to go back to just me and a guitar because I think that’s just what I’m best at. And so we wrote all these songs just on acoustic guitar,” Rice said.

Instead of writing songs in Nashville, Rice wrote music in Montana, Arizona, Alabama and Florida.

“Out West is where my heart has always been,” Rice said. “I would say it gets Western.”

Day 197: Woe and Consolation — The Bible in a Year (with Fr. Mike Schmitz)