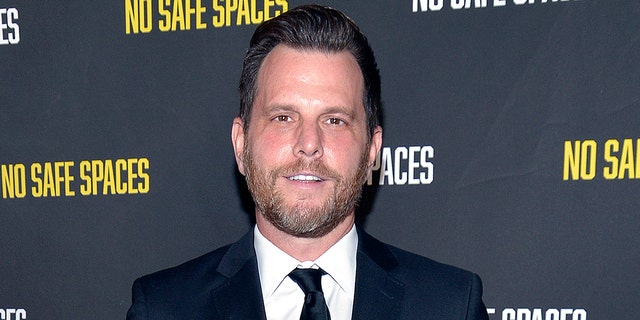 Speaking with Fox News Digital at the Turning Point USA Student Action Summit in Tampa, Florida, Rubin characterized outlets like MSNBC and CNN as a “televised mentalist institution” that is filled with “activists” and “propagandists.” He also accused them of burying and making up stories in coordination with Big Tech. But Rubin said these outlets, despite their loathing of the former president, really want him to come back into the spotlight.

“Even the CNN propagandists, even Don Lemon and Jake Tapper and [Brian] Stelter and [Jim] Acosta who pretend to hate Trump, pretend he was Hitler, treated him completely unfairly, hide stories that go against Biden — they want him to run because he brings them ratings,” Rubin said.

He added there is a “very twisted and perverse incentive structure” that ties the media and Trump together.

Dave Rubin attends the premiere of the film “No Safe Spaces” at TCL Chinese Theatre in Hollywood, California, on Nov. 11, 2019.
(Photo by Michael Tullberg/Getty Images)

“They wanted to destroy him because it kept their ratings up, and they wanted to look like the good guys and the defenders of freedom,” Rubin told Fox News Digital. “And on the other hand, they need him now. They desperately need him.”

The “Rubin Report” host characterized Trump as a “shock to the system” for a media on life support, and predicted that they would “go all in on the craziness” because it gets them viewers. He also noted that another reason the media wants Trump to run is because it could “drive a wedge” between the former president and Republican Florida Gov. Ron DeSantis.

“Whether DeSantis runs or not, they want Trump to be this sort of destructive force throughout the Republican Party because they love two things: they love ratings and the destruction of the Republicans,” he said.

Rubin said he is “hopeful” Trump and DeSantis can work something out ahead of the election and said it seemed Trump would run for president again, based off the energy and what the former president has hinted at.

Rep. Byron Donalds, R-Fla., told Fox News Digital on Sunday that the media would “lose their minds” and said he anticipates wall-to-wall coverage of everything Trump has done wrong, without acknowledging what he has done right. Nevertheless, Donalds didn’t think it would make an impact on many people who have already made up their minds on him.

A number of attendees at TPUSA this past weekend agreed that a Trump 2024 run would trigger a media “meltdown.”

“I hope the media explodes,” said one attendee.

TPUSA polled conference attendees on who they would vote for in 2024 if Trump decided to launch another White House run. The straw poll was sponsored by Turning Point Action, the affiliated 501(c)(4) of TPUSA.

A whopping 78.7% attendees said they would vote for Trump.