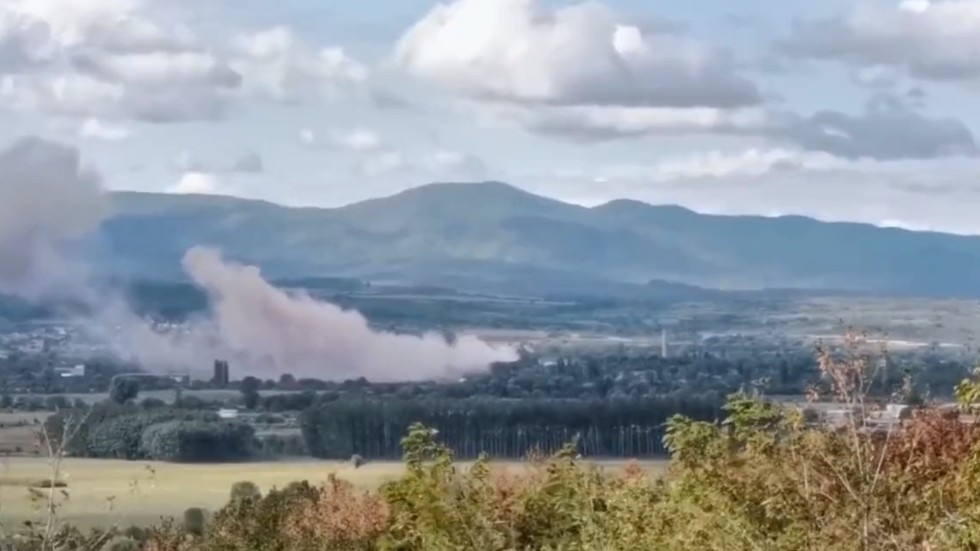 An explosion at a Bulgarian weapons factory left at least three people dead and one other injured, local officials said, destroying much of the facility and prompting a full evacuation of the premises.

District prosecutors said the blast occurred on Tuesday at a plant run by weapons maker Arsenal in the city of Kazanlak. Though officials initially said the explosion had claimed the life of a 55-year-old man who worked at the factory, they have since confirmed the deaths of two female employees aged 53 and 43. One other woman remains in the hospital after suffering serious injuries in the explosion; none have been named.

“In the workshop where the accident took place, products with… explosive mixtures are produced,” the prosecutor’s office said in a statement, adding “The workers from the neighboring premises were evacuated. A large part of the workshop was destroyed.”

Footage purporting to show the aftermath of the explosion has circulated online, with a large off-white cloud seen billowing from the weapons plant on Tuesday afternoon.

Bulgaria’s leading arms manufacturer, Arsenal produces a range of small arms, explosives and ammunition, and has reportedly furnished the Ukrainian military with weapons at various points throughout its ongoing war with Russia.

However, while the footage of the blast stoked speculation about a possible “attack,” prosecutors later suggested the explosion was the result of the factory’s “failure to comply with safety regulations” around explosive materials, noting the incident occurred at a pyrotechnics workshop that produced fireworks.

A string of deadly mishaps have occurred at Bulgarian arms factories since 2018, with a lethal fire erupting at the same Kazanlak plant in 2021 and killing one employee. Around 20 others have lost their lives in similar accidents in recent years, according to the Washington Post.