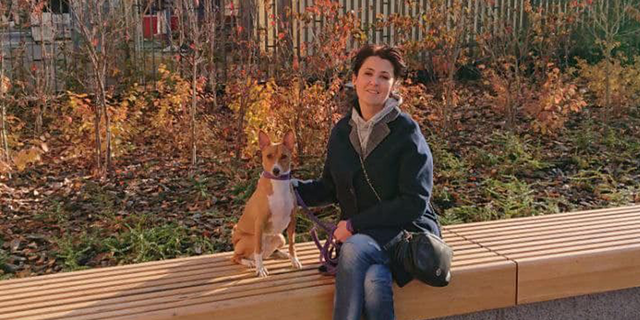 A Ukraine victory over Russia is “inevitable” and the resolve among Ukrainians is stronger than ever as they continue their weeks-long battle against Russian forces, a Kyiv resident says.

“There’s an incredible internal resistance and support and unity of spirit,” Kyiv resident Olga Rudyaga told Fox News Digital in Russian through an interpreter during an interview Wednesday.

Ukrainians see themselves as “winning already because the civilians were mobilized in a way that no country has ever mobilized,” Rudyaga said. She said Ukrainians believe “victory is inevitable,” noting people of various political and religious beliefs have unified in their resistance and even “families with children are returning to Kyiv.”

She recounted that Kyiv residents were caught off-guard and “shocked” at the initial Feb. 24 invasion, even though they knew that sooner or later Russian President Vladimir Putin would order his troops into the country.

But now, Rudyaga says Ukrainians aren’t afraid anymore and even has a message to Putin: “Go  f— yourself.”

Rudyaga said the message has become a rallying cry for Ukrainians after a Russian warship last month approached “Snake Island,” where 13 Ukrainian troops were stationed and instructed the soldiers to surrender or risk being killed.

The Ukrainians defied the demand to stand down and responded: “Russian warship, go f— yourself.”

Rudyaga lives in the southwest part of Ukraine’s capital, which has faced less conflict compared to other areas as the Russians advance on the city from the north. She has continued working remotely during the invasion, but declined to discuss her job due to security concerns.

“It’s impossible for the Russians to control and take hold of Kyiv, even if they capture and occupy an individual … government building, it wouldn’t be more than for a couple of hours,” she said.

Rudyaga said Ukrainians have mobilized themselves and established checkpoints throughout Kyiv, citizens have armed themselves and volunteers have unified to form cooking locations for citizens.

Rudyaga said she has not personally encountered Russian forces, but witnessed Russians bombing the Kyiv TV tower last month. She said electricity and gas are still available in her area, supermarkets are even open and Ukrainians in Kyiv are “not going hungry.”

Photo of missile in Kyiv outside Rudyaga’s home.
(Olga Rudyaga )

Thursday marked the 22nd day of war between the two nations. Ukrainian President Volodymyr Zelenskyy delivered an address to the U.S. Congress on Wednesday, calling for America to “do more” by implementing a no-fly zone, providing additional military equipment, and creating a new security alliance.

Zelenskyy ‘up to the job’

He proposed “to create an association, United for Peace, a union of responsible countries that have the strength and consciousness to stop conflicts, immediately provide all the necessary assistance in 24 hours, if necessary — even weapons, if necessary, sanctions, humanitarian support, political support.”

He argued such an alliance would be able to “save thousands of lives.”

ZELENSKYY ISSUES DIRECT MESSAGE TO BIDEN IN ADDRESS TO CONGRESS: ‘BE THE LEADER OF PEACE’

Zelenskyy suffered low approval ratings in December, as Russian troops amassed at Ukraine’s border ahead of the invasion, but he has since skyrocketed in approval, with more than 90% of Ukrainians lauding his handling of the invasion.

Zelenskyy is “absolutely up to the job,” Rudyaga told Fox News Digital.

“When he became president, he made many mistakes. But he has grown into a leader, a statesman,” she said.

Roughly 3 million Ukrainians have fled the country since the start of the invasion, including Rudyaga’s elderly mother, who fled Kyiv for Poland.

When Rudyaga was asked if she too would flee Ukraine, she said that even if Putin’s forces were able to take control of eastern Ukraine and Kyiv, it would be “temporary.”

‘Mistakes have been made’

“Putin has demonstrated that he doesn’t have the strength of the force that is needed because mistakes have been made. Even if he claims that he has a million [soldiers], we see that he is calling on foreign fighters” from other places such as Chechnya, she said. She added that “Ukraine has many more people who could be mobilized to defend Ukraine.”

President Biden and Ukrainian President Zelenskyy.
(AP/Office of the President of Ukraine)

President Biden called Putin a “war criminal” Wednesday, just hours after Zelenskyy’s address to Congress. Biden had resisted doing so previously, and even initially told Fox News reporter Jacqui Heinrich he did not believe Putin was a war criminal, before circling back 30 seconds later and clarifying his answer.

“Putin is inflicting appalling, appalling devastation and horror on Ukraine, bombing apartment buildings, maternity wards, hospitals. I mean, it’s God awful,” Biden said. “The world is united in our support for Ukraine and our determination to make Putin pay a very heavy price.”

U.S. Rep. Mike Turner of Ohio, the top Republican on the House Intelligence Committee, told Fox News this week that Ukrainians have died due to the Biden administration’s slow response to providing weapons and supplies to Ukraine.

“The Biden administration certainly needs to step up,” Turner said. “Although they have been publicly making statements of commitments to give Ukraine the tools and weapons to defend themselves, they’ve been very slow to do so.”

To Rudyaga, “Biden is indecisive.”

“He is dragging his feet. Poland is providing major assistance. Six countries are willing to do a no-fly zone,” she said. “But America’s word is very powerful and the rest of the West is looking to America to be decisive.”