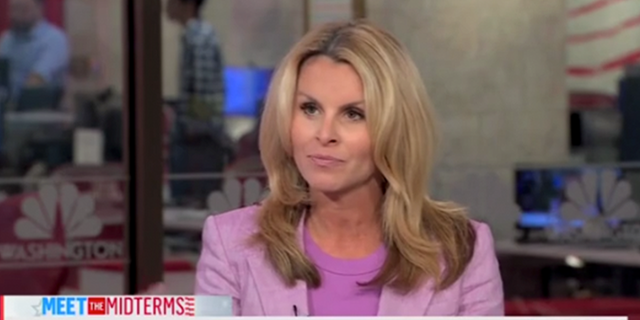 Democrat strategist Adrienne Elrod claimed Wednesday on MSNBC that the Biden agenda is a popular one that any candidate should be proud to run on, especially because of its economic success.

On “Meet The Press Daily,” host Chuck Todd asked his panelists about their key takeaways from the previous evening’s primary elections in Pennsylvania and North Carolina. Elrod declared any Democrat behind the Biden agenda “has a lot to run on” as well as “a lot to be proud of,” especially when it comes to the economy.

After calling the “insurrectionist” wing of the Republican Party the new Tea Party, Elrod proceeded to praise President Biden’s economic record, although a recent Fox News poll showed 77 percent of respondents rating the economy negatively, including 63 percent of Democrats.

“If you embrace the Biden agenda, it’s going to get you far,” she said.

“There’s a lot to run on here,” Elrod continued. “The economy’s doing well – I realize inflation is an issue the Biden administration is trying to address – but we have record job growth under this administration. We have, um, jobs that people actually want to be working in, that are high wage, income-earning jobs.”

ELON MUSK LIGHTS UP TWITTER AFTER DECLARING HE’LL VOTE GOP NEXT ELECTION: ‘THE LEFT SHOULD REFLECT ON WHY’

Biden has also been languishing personally in polls, with consistent underwater ratings with the public. A recent survey found nearly 80 percent of registered voters believe the country is on the wrong track.

Timothy Dixon Prophetic Dream – Trump got his authority back