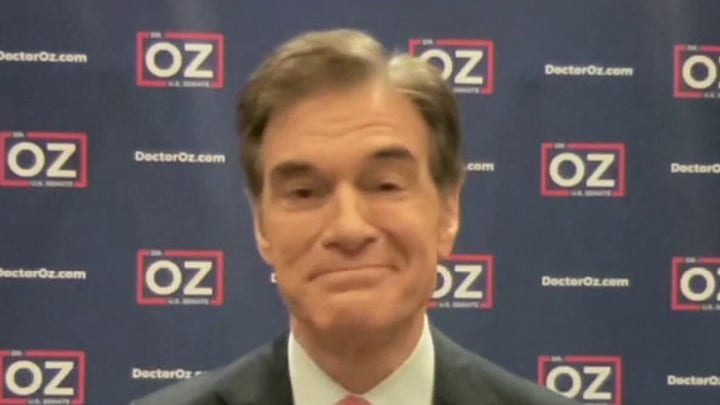 Pennsylvania Senate candidate Dr. Mehmet Oz said he is connecting with voters by talking about issues that are important to the state on ‘The Ingraham Angle.’

Pennsylvania Senate candidate Dr. Mehmet Oz explained what issues he is focusing on as the midterm elections approach on “The Ingraham Angle.”

DR. MEHMET OZ: I’m showing up. Voters want to know that you care and the way you express that is by listening to what they are saying, which is what you do as a doctor as well, and then addressing their kitchen table concerns. While Fetterman is talking about- as you mentioned- a lot of issues that have nothing to do with the crisis happening here in Pennsylvania, I’m talking about crime, the highest homicide rate ever in the city’s history in Philadelphia.

I’m talking about drugs, fentanyl in particular and the open border that’s causing it to kill folks in Pennsylvania more than ever before. We’re top five in the country with fentanyl deaths. I’m talking about a 40-year-high inflation and tax rates that are through the roof, advocated by not just Fetterman as a candidate but also as lieutenant governor he was pushing for almost a 50% tax increase, while not paying his own 67 times.