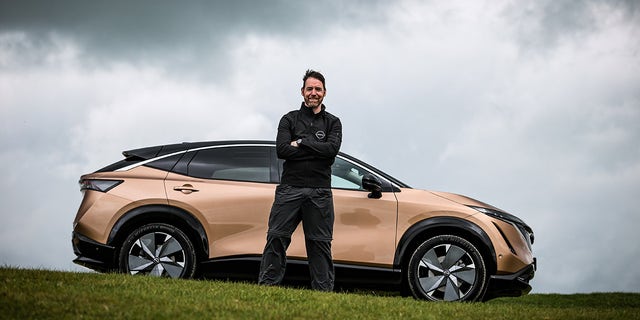 The 2019 Nissan Leaf goes more of the distance

The all-new 2018 Nissan Leaf can go farther than the original, but did they take the redesign far enough? FoxNews.com Automotive Editor Gary Gastelu went as far as he could in it to find out.

Nissan is sending its newest electric vehicle to the ends of the Earth. That is to say, from one end to the other.

British adventurer Chris Ramsey will attempt to drive a Nissan Ariya from the North Pole to the South Pole next year.

The midsize SUV is being modified by Iceland’s Arctic Trucks for the trip, which will begin at the magnetic North Pole on Ellesmere Island in Canada in March and continue through 14 countries in the Americas before making the crossing to Antarctica, where it will continue to the geographic South Pole.

If successful, it will mark the first time a vehicle of any type has completed the 17,000-mile journey.

Chris Ramsey will attempt to drive a Nissan Ariya from the North Pole to the South Pole in 2023.
(Nissan)

The all-wheel-drive Ariya e-4ORCE is scheduled to go on sale in the U.S. this fall with a driving range of 265 miles per charge, which will surely be reduced by the oversized off-road tires and other changes to Ramsey’s vehicle.

He is also expected to encounter temperatures ranging from around -20 deg F to 90 deg F along the way, the extremes of which will negatively affect the battery’s performance.

The Nissan Ariya will be modified by Arctic Trucks.
(Nissan)

What he hasn’t revealed is exactly how he plans to charge it in the remote areas he’ll be visiting, although solar power options do exist.

Ramsey previously entered a Nissan Leaf electric car in the 10,000-mile Mongol Rally across Europe and Asia and had to find charging where he could due to the lack of infrastructure, including using outlets at businesses and private homes.

A stock all-wheel-drive Nissan Ariya has a range of 265 miles per charge.
(Nissan)

While they didn’t go pole to pole, actors Ewan McGregor and Charlie Boorman rode electric Harley-Davidson Livewire motorcycles from Patagonia to Los Angeles for their Apple TV+ series “Long Way Up” and found themselves needing to find similar creative solutions.

Arctic Trucks was behind the first successful attempt to drive to the magnetic North Pole, which was featured on the TV show “Top Gear” and is currently planning a separate expedition in its new North American market Ford F-150s where a team will try to drive from from Canada to Greenland across the frozen waters of the Baffin Bay during the winter of 2023-2024.