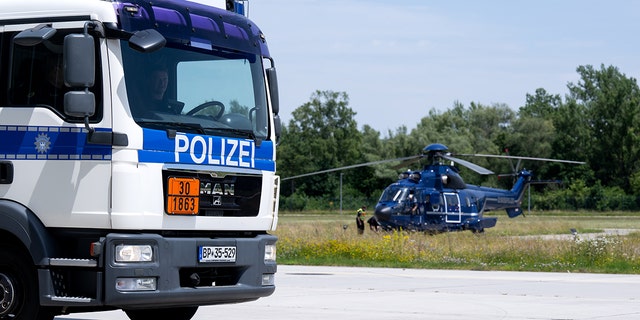 Inflation officially worse in the US than all G7 nations

German police are investigating electrical tampering at the site of the upcoming G7 summit, where leaders of the world’s top democratic economies are to discuss continued support for Ukraine.

Die Welt, a German national daily newspaper, reported that local police are investigating dangerous tampering with power distribution boxes at the site of the upcoming G7 summit. The group of seven leading democracies will meet from June 26 to 28 at the Schloss Elmau hotel in the Bavarian Alps.

In recent days electrical boxes have been manipulated, and cables connecting to power boxes for one aid organization were unplugged, raising employees could get electrocuted, according to the newspaper. The area has already been cordoned off and some 18,000 officers are on duty.

Since the tampering was discovered, no one will be permitted to enter the cordoned off area without presenting accreditation until after midnight the day the summit ends.

A “Super Puma” helicopter from Airbus Helicopters stands on the tarmac during a press event about the deployment, tasks and activities of the Federal Police’s flying squadron in the context of the G7 summit.
(Sven Hoppe/picture alliance via Getty Images)

Though police say they do not anticipate any major riots, there have been a few instances of politically motivated graffiti with the messages “Move G7” and “No G7,” Die Welt reported.

In an interview with Germany’s dpa news agency published Saturday, German Chancellor Olaf Scholz said he wants to use next week’s meeting with fellow G-7 leaders in the Bavarian village of Elmau to discuss Ukraine’s long-term prospects.

“We will continue to support Ukraine for as long as necessary,” Scholz said. “We want to make sure that Russian President [Vladimir Putin’s] calculations do not work out.”

“Putin obviously hopes that everything will fall into place once he has conquered enough land and the international community will return to business as usual,” he added. “That is an illusion.”

Scholz said he and his counterparts from France, Italy and Romania had discussed further weapons supplies for Ukraine — specifically ammunition and artillery — with President Volodymyr Zelenskyy during their visit to Kyiv on Thursday.

The four leaders also backed Ukraine’s bid for membership of the European Union, a stance Scholz said he hoped all of the bloc’s countries would support at a gathering in Brussels next week.

Earlier this month, Germany’s interior minister ordered increased security on its border from June 13 to July 3 in connection to the G7 summit.

“The controls are intended to prevent potential perpetrators of violence from entering German territory,” the minister said in a statement, adding that “travelers must therefore expect to be subject to checks during this period.”

The interior ministry did not further elaborate what kind of violent threats it might be expecting, but several protests against the summit are planned in the nearby town of Garmisch-Partenkirchen and in Bavaria’s capital, Munich, during the leaders’ meeting.

The temporary border controls will be “flexible in terms of location and time” and carried out “at the German land, air and maritime internal borders” that usually fall under the European Union’s Schengen treaty allowing for free travel.