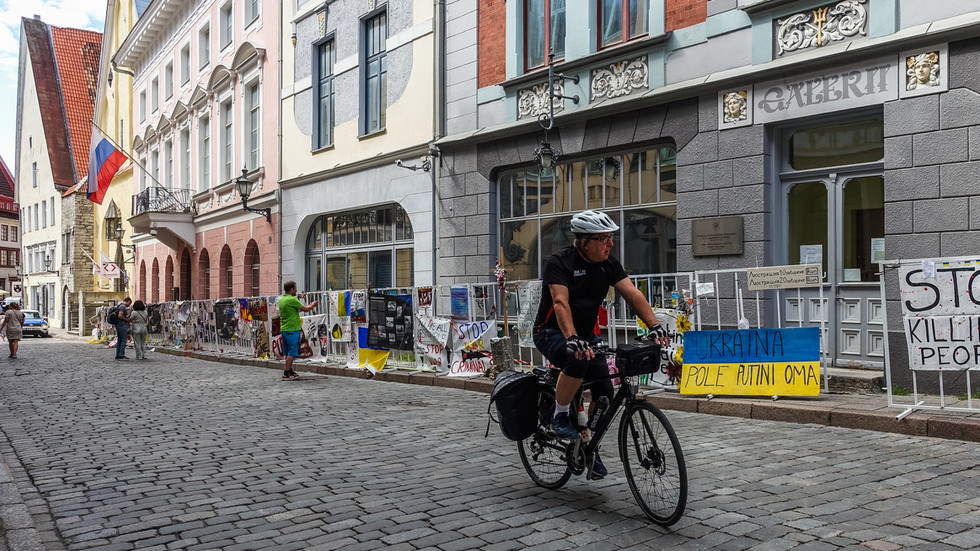 People arriving in Estonia will be urged to move on to Finland, Prime Minister Kallas has said

Estonia will not be able to handle a possible new influx of refugees from Ukraine and expects other EU nations, such as Finland, to accommodate them, Prime Minister Kaja Kallas has said. Tallinn already has a tentative agreement with Helsinki on the issue, she stated on Tuesday in a radio interview.

Kallas expressed pride in the generosity shown by her nation toward Ukrainians since the start of the conflict with Russia, but added: “everything has its limit, and once we are no longer able to accept people because we ran out of housing and jobs, then others will do more.”

“We talked to Finland about the fact that we are no longer able to help refugees from Ukraine, and the Finns said they can accommodate more people,” Kallas added. Accordingly, Estonian officials will be telling arriving Ukrainans that they should move on to other nations, including Finland.

Estonia has not so far witnessed a surge in new arrivals despite the worsening situation in Ukraine, the prime minister reported. The government is providing aid to Kiev “to create living conditions there, so that people would not leave,” she said.


Some Estonian officials previously voiced concerns about a possible next wave of Ukrainian refugees. Foreign Minister Urmas Reinsalu called for establishing border controls inside the Schengen Zone so the government can have a better understanding of how many Ukrainians are staying in Estonia rather than transiting to other nations.

“Over 100,000 Ukrainian nationals entered Ukraine, and we need to know exactly where those people are, and check arrivals and departures,” he said in October.

According to the minister, some 20,000 Ukrainians, who stated their intention to remain in Estonia, never received a refugee status, “and we don’t know whether those 50,000 or more people… are here or had left.”