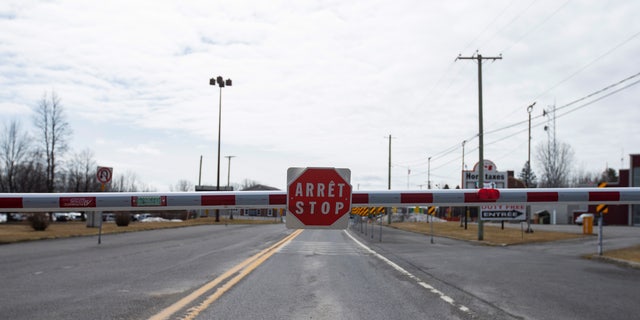 The FBI has put out warnings of a man who has plans to protest the U.S. Open as part of an anti-vaccine mandate manifesto.

The man, identified as Virpaul Singh Mahil, 36, tried to cross the border from Canada to New York on Aug. 26, but border authorities initially turned him back after discovering marijuana gummy bears in his vehicle.

But Mahil, who comes from Ontario, evaded authorities by driving into oncoming traffic to forcefully enter the United States.

The FBI New York Joint Task Force said that Mahil possessed a “New World Order” manifesto, and he told border authorities that he planned to protest the U.S. open because he was angry over vaccine mandates.

US OPEN 2022: SERENA WILLIAMS FALLS IN THIRD ROUND, CAPPING OFF ILLUSTRIOUS CAREER

Novak Djokovic, who last won the tournament in 2018 and reached the final in 2021, did not participate in this year’s tournament since he is not vaccinated against COVID-19. Mahil claimed he had been on Reddit discussing his plans to visit the tournament.

Authorities tracked Mahil to Ulster County, but lost track of him once he entered Manhattan, according to NBC News.

Local police issued parking tickets for Mahil’s white Honda Civic on Aug. 31 and Sept. 1 in Chelsea, but a search for the vehicle on Friday proved unsuccessful.

Law enforcement have said they do not believe that Mahil had any weapons or planned any sort of attack, but his actions at the border forced the FBI to issue an alert as a precaution.

The FBI did not respond to a Fox News Digital request for comment.