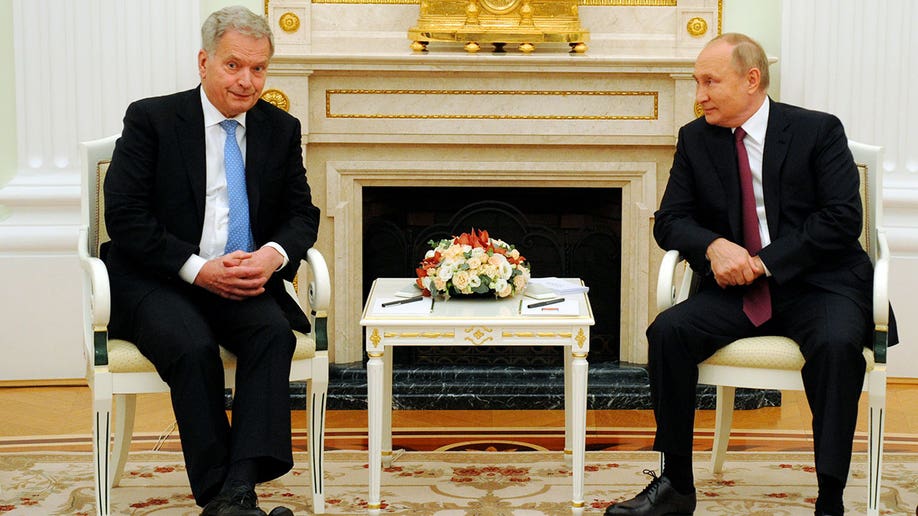 “Altogether the discussion was very good,” Niinisto said on “State of the Union” on Sunday. “I say calm and cool, and he did not repeat those threats he had earlier, and his people had been telling that is that if Finland joins – that means some kind of contra steps, military contra steps, whatever that meant – but he didn’t repeat it now.”

Finish officials announced Sunday that the previously neutral country would indeed apply to join NATO despite numerous threats from Russia.

“This is a historic day. A new era begins,” Niinisto said at a joint news conference on Sunday ahead of talk show appearance. Putin only one day earlier had warned Finland that relations could be “negatively affected” should Niinisto proceed with the application for NATO membership.

But Niinisto said his phone conversation with Putin about Finland’s application was a “surprise” as Putin took the news “calmly.”

“I wanted just to confirm that now the situation is changed,” Niinisto said of the call. “We are going to apply membership, and in the same way he confirmed that he thinks it’s a mistake. We are not threatening you.”

“So far it seems that there’s no immediate problems coming,” he added.

Niinisto suffered a more disheartening surprise when he discovered that Turkey does not look “positively” to support Finland and Sweden’s applications to NATO, which would require all 30 native members to approve membership.

“I was astonished was because I had a telephone discussion with the President Erdogan – that is about two months ago,” Niinisto said. “He said they will estimate, well, positively our aim to apply for membership, and now we changed.”

Niinisto dismissed concerns, though, and said he is “not worried” about Turkey potentially blocking Finland’s membership.