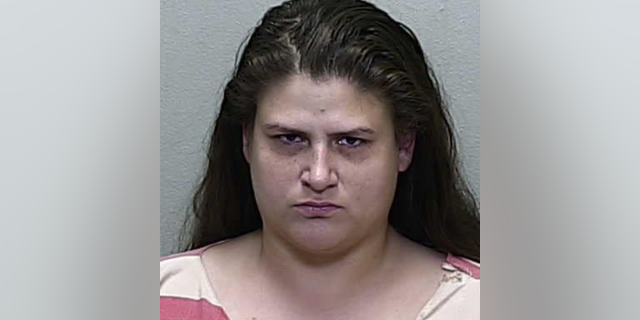 A Florida woman is in custody after allegedly attempting to kill her two roommates on Friday morning.

The Marion County Sheriff’s Office said in a Facebook post that deputies responded to a 911 call from a person stating that he was stabbed, and once on the scene, officials found two people that appeared to have been stabbed.

Officials said that one of the victims told deputies on the scene that Christina Adams, 30, had stabbed both people and then left the area.

Deputies found Adams in a car close to the scene, and she initially “denied any involvement.”

Officials said that one of the victims told deputies on the scene that Christina Adams, 30, had stabbed both people and then left the area.
(Marion County Sheriff’s Office)

Adams later told detectives that “she was angry over being asked to leave the home that she shared with the victims,” and grabbed a “large knife” and attacked the two people, police said. She also allegedly told officials that she attempted to destroy evidence at the scene.

After believing the victims were deceased, Adams told deputies that she put on new clothes and went shopping, police said.

Deputies located Adams while she was on her way back from shopping, according to officials.

Adams is charged with two counts of attempted first degree murder and tampering with evidence.

Adam Sabes is a writer for Fox News Digital. Story tips can be sent to Adam.Sabes@fox.com and on Twitter @asabes10.

Brawl breaks out in Senegal parliament after male