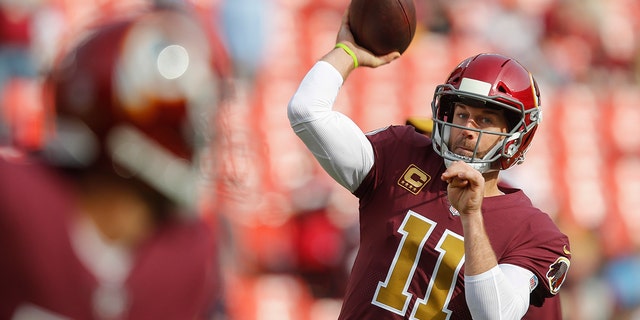 Former NFL quarterback Alex Smith revealed in a social media post that his daughter Sloane is suffering from a rare brain tumor.

In an Instagram post, Smith shared that his daughter was diagnosed last month with a very rare malignant tumor. She had to undergo a 10-hour procedure to remove the tumor.

“On May 10th, Sloane was rushed to the ER with stroke-like symptoms,” Smith wrote. “She had an MRI and the doctors quickly informed us that she had a large brain tumor and needed an emergency craniotomy. The incredible neurosurgeons @stanforchildrens did a miraculous job and were able to remove 100% of the tumor.”

“Sloane – in her true form – bounced back from brain surgery like a rockstar! She didn’t skip a beat,” he continued. “After weeks of waiting on pathology, we learned that Sloane’s tumor is a very rare malignant tumor with very few documented cases – without a clear road map for treatment. We are currently awaiting more tests and gathering as many opinions as we can from doctors across the country to decide the best path forward.”

EX-NFL STAR DISHES ON COLIN KAEPERNICK’S RAIDERS WORKOUT, SAYING HE HEARD IT WAS ‘A DISASTER’

Smith highlighted that his young daughter has healed from surgery and that she is “Back to her bubbly self.”

The ex-football star said, while he does not usually share posts about his children, he felt it was necessary to share Sloane’s situation and say thank you to the “amazing medical team, family, friends, acquaintances and even some strangers who have touched our lives in the last month and a half.”

Sloane is the youngest of Smith’s three children and his only daughter.

“This has been by far the most challenging time we have EVER been through,” Smith wrote. “We know it’s not over and we have a journey ahead of us, but without all of you we could not have gotten this far. We are sorry if we seem withdrawn. It’s because we are… We have been inundated with doctors appointments, scans, labs and trying our best to navigate through this. Most importantly, we’re healing together as a family.”

Smith, 38, played for the San Francisco 49ers, Kansas City Chiefs and the now-Washington Commanders during his 14 seasons in the NFL.

He suffered a gruesome broken leg in 2018 in a game against the Houston Texans that would later develop into an infection, which put his life in danger. After undergoing 17 surgeries over the course of nine months, Smith survived and would return to the field for the 2020 season before announcing his retirement. Smith then joined ESPN in August 2021 as an NFL analyst.