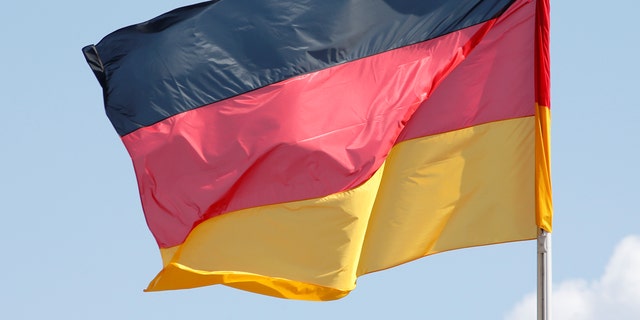 Iran has significantly intensified its efforts to obtain technology for its illegal nuclear program, Germany’s domestic intelligence agency said in a report released on Tuesday.

“The German domestic intelligence agencies were able to identify a significant increase in the indications of proliferation-related procurement attempts by Iran for its nuclear program,” the report by the Federal Office for the Protection of the Constitution (BfV) reads.

The report covers the Iranian regime’s efforts during 2021, at a time when the U.S. and other world powers offered enormous concessions to Tehran in an effort to convince it to stop its work on its atomic weapons program.

A German intelligence agency cited Iran 59 times in a report showing that there “was suspicion of possible violations” of the Iran nuclear deal.
(Reuters/Fabrizio Bensch)

According to the German intelligence document, “If there was a suspicion of possible violations of the JCPOA [Joint Comprehensive Plan of Action, the 2015 Iran nuclear deal], the BfV passed on the relevant information to the responsible authorities.” Iran’s clerical regime is cited 59 times in the report.

The report refrained, with one exception, from detailing the nature of Iran’s nuclear proliferation activity and whether there were violations of the JCPOA, which is supposed to restrict Tehran’s efforts to expand its nuclear program.

IRAN WEEKS AWAY FROM ACQUIRING MATERIALS FOR FIRST NUCLEAR WEAPON

The German Customs Investigation Bureau (ZKA) opened an investigation against a German citizen of Iranian origin in Norderstedt, near Hamburg, on “suspicion of having violated the Foreign Trade Law in three commercial cases. He is said to have been involved in procuring laboratory equipment and spectrometers for Iran’s nuclear and missile programs.”

According to the intelligence report, the proliferation “activities of foreign powers also include the procurement of know-how and products for the development and production of weapons of mass destruction and delivery technologies.” Delivery systems are needed to accurately deliver missiles to their targets.

Tehran is pursuing “one of the largest missile programs in the Middle East,” the intelligence document highlights. “Iran is accused of supplying rocket and drone technology to the Houthi rebels in Yemen, among others, who in turn use them against the United Arab Emirates and its allies.”

The report adds that “Iran’s ambitious missile program is not covered by the provisions of the Joint Comprehensive Plan of Action… the procurement activities in Germany to this end [expanding the missile program] are consistently high – with an upward trend.”

Professor Matthew Kroenig of the Department of Government and the Edmund A. Walsh School of Foreign Service at Georgetown University, an expert on Iran’s nuclear weapons program, told Fox News Digital the German intelligence is “disturbing news but not surprising. Iran has tried to build a bomb for several decades.”

Kroenig said Iran’s efforts in Germany to obtain nuclear-related technology could be after “components for weaponization.”

Iran is “weeks away from dashing to a bomb. We need to take action or Iran will be a nuclear-armed power forever,” he said, pointing to the case of the communist dictatorship in North Korea that developed a nuclear weapons arsenal because the international community remained passive toward its efforts.

Kroenig noted the “international approach has failed” to get Iran back into the JCPOA.

Iran “has missile capability and enrichment capability,” he warned, adding that the next step is weaponization of its arsenal.

The German intelligence revelations coincided with a report on Tuesday that the United States, Britain, France and Germany filed a draft resolution with the International Atomic Energy Agency (IAEA) rebuking Tehran for failing to answer questions about uranium traces at an undeclared atomic location.