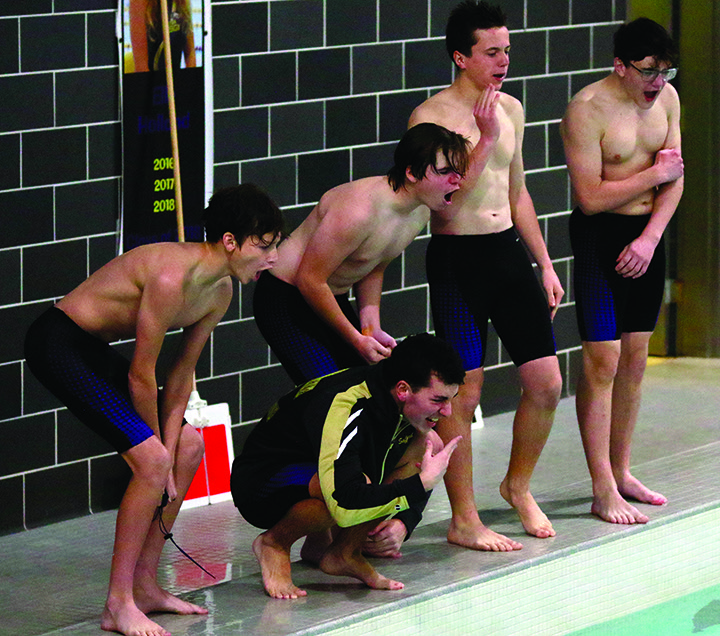 The Springville boys swimming team opened its season with a 65-24 win over visiting Cheektowaga after taking 11 of 12 events on Dec. 2. The Griffins then traveled to Eden, but despite taking seven of 12 events fell in a close meet, 88-83.

Members of the boys swimming team cheer on teammates at the team’s season-opening win against visiting Cheektowaga.

Against Cheektowaga, two of the 11 wins came in free relay competition in the 200 (1:53.04) and 400 (4:30.47). Phil Emerling and Christian Safford were part of each relay wins with Asa Cerasani and Tristan Hammer joining them in the 200, and Justin Jerome and Garrett Casey completing the 400 winning relay quartet.

Three other Griffs took the remaining three events. Finn Visnesky took the diving competition with 109.50 points, Bryce Cook was the winner in the 100 breaststroke with a 1:20.78 time and Hammer finished in first place in the 100 butterfly with a time of 1:21.30. 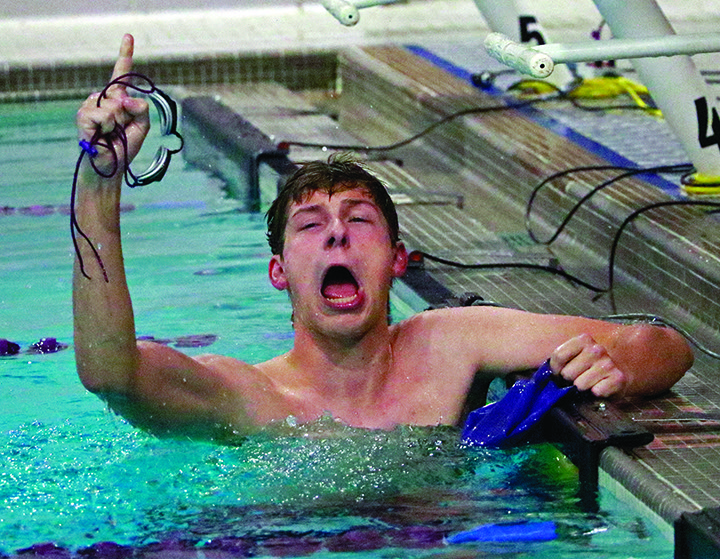 Against Eden, the Red Raiders took two of the three relays with the Griffins emerging in the 400 free relay with Safford, Emerling, Casey and Cook after posting a 4:13.60 time. The meet was decided in the final four events after Eden outscored Springville 32-24.

Springville took six of the nine individual events with every winner beating their previous time with the exception of Matt Delasandro, who won for the first time with a 96.90 score in diving competition.

The boys swimming team next travels to East Aurora on Dec. 9 before hosting Sweet Home on Dec. 13.

Turkey’s Erdogan to Sweden: ‘Don’t even bother’ with