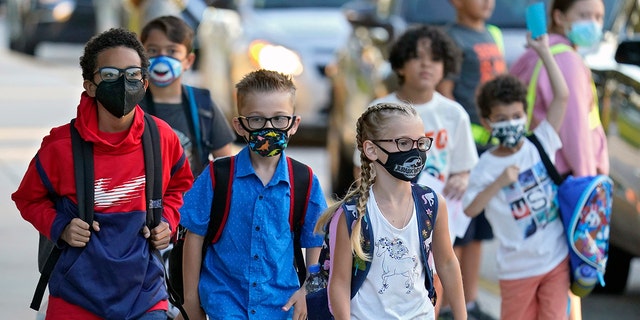 The administrator of a Head Start program in Washington state said she went “though hell” fighting to keep her job in the face of state and federal vaccine mandates for program staffers – which still remain even as the rest of the country rolls back pandemic restrictions.

Sarah Werling, a Head Start center manager in Friday Harbor, Washington, told Fox News Digital that due to state regulations, she was barred from the classroom until this fall when Gov. Jay Inslee lifted the state’s coronavirus emergency.

Last October, she was initially granted a religious exemption by her program, but was told she would need to be reassigned from her job. Werling said she pushed back against that decision before being allowed to keep her job, with an accommodation that barred her from coming into contact with “children, families and staff” – essentially exiling her from the classroom.

“We’re working in early childhood education,” Werling said, speaking about the mask mandate’s effect on her students. “This is the prime time their brains are developing and all these social cues – they’re missing out.”

The Department of Health and Human Services only recently removed its mask mandate for children in federal Head Start and Early Head Start programs. In many states, however, staff members are still required to be vaccinated in order to perform their duties without restrictions.
(AP Photo/Chris O’Meara, File)

Werling, who is also an elected school board director on San Juan Island, also said she “still feel[s] excluded” by the terms of her religious accommodation, which forces her to wear a mask when others do not need to. Additionally, she said she is concerned for others who might not have been able to fight for their jobs the way she did.

“I would have left two years ago, but I believe in it so much,” Werling said of Head Start. “I’ve put myself through hell.”

The Department of Health and Human Services still mandates staff in about half of the country’s Head Start programs to be vaccinated for COVID-19, despite loosening CDC guidelines and a recent legal injunction paused the mandate.

HHS rolled back its masking mandate for toddlers in Head Start – an early childhood education program that serves vulnerable children – after political pressure last month. Shortly after that, U.S. District Court Judge Terry A Doughty ruled that the department had no authority to mandate masks or vaccines for program staff, which it did concurrently in an “interim final rule” last year.

Health and Human Services Secretary Xavier Becerra’s agency did not respond to a request for comment from Fox News Digital asking whether it plans to roll back its vaccine mandate for staff members.
(AP Photo/Patrick Semansky, File)

“There is nothing in [federal law] which would allow Agency Defendants to make medical decisions for employees and volunteers, and/or to require two (2), three (3), and four (4), year-old students to wear masks the majority of the day,” Doughty wrote in his ruling.

However, Doughty limited the injunction he issued to just the 24 states behind the lawsuit against the coronavirus mandates. That left the rest of the country except Texas – which blocked the mandate’s enforcement via a separate case – still subject to a requirement that Head Start employees be vaccinated.

HHS, led by Secretary Xavier Becerra, did not respond to a request for comment from Fox News Digital asking if it plans to rescind its vaccine mandate for staffers.

Senate Minority Whip John Thune, R-S.D. who was one of the lawmakers pressing the Biden administration to abandon the Head Start mask mandate before it did so last month, said Tuesday the vaccine mandate should go as well.

“Americans have had it with government mask and vaccine mandates,” Thune said in a statement to Fox News Digital. “If the pandemic is over, as the president himself declared, these misguided and outdated federal policies should end in every state today.”