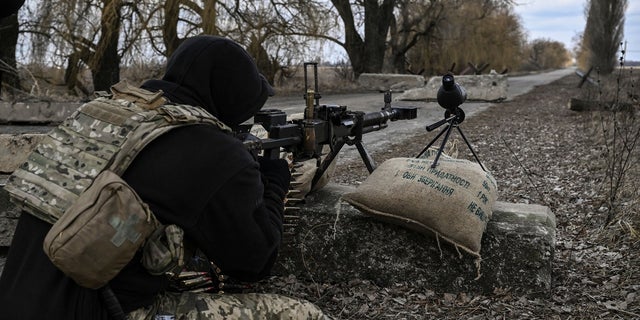 Will Cain: War should not be blind

When it comes to making a decision about whether to go to war, one that could result in nuclear war, we need to be as rational as possible, Fox News host says.

In calmer moments, we would say, “Yeah, I think I want to hear out all the arguments on this one.” But we didn’t because the emotion of fear took our culture and changed it into something that we would never have accepted and most likely, never have recognized.

Today, when it comes to Ukraine and the Russian invasion of Ukraine, I can see that we’re headed down a similar path. Here’s what I mean: This time we’re not driven by fear; we’re driven more by empathy. We see horrible images go across our social media feed or on our television screen. We see civilian lives, loss of life. We see absolute travesties that warrant, at some point, a discussion of war crimes. And we’re driven by empathy to do something. You can’t let this continue. We have to do something. And by the way, the emotion of fear is playing a role as well because we sit here and not irrationally fear what Vladimir Putin‘s next move may be.

I want to be clear about something: I’m not telling you that I believe emotion has no role in life. In fact, as I’ve gotten older, I’ve actually started to appreciate more the role of emotion. There was probably a time when I thought rationality and logic and turning ourselves into essentially automated robots was the best way to achieve a just society. I was wrong. Logic is cold. It has its role, and you can tell anyone who listens to this knows I lean heavily on logic.

But I’ve also come to understand sometimes that the world operates by very simple emotions – fear, strength, weakness, courage. I know that not only is the world explained by emotion, but emotion is important. It makes life richer. It can’t be all black and white. It brings out the colors, and sometimes even though something is irrational, that’s part of being human. That’s part of this life.

But when it comes to making a decision about whether or not to go to war, one that could result in nuclear war, one whose costs could be incalculable, I do want to be as rational as possible. Emotion, empathy, the humanitarian cause, the pleas of President Volodymyr Zelenskyy, the words in our mind that carry such heavy impact —  words like freedom, the concept of the underdog – they all lurk, playing on the irrational decision. But I don’t think we can give in to it. I don’t think we should just do something.

I mean, let’s just put into context what that kind of irrationality leads to, how that kind of irrationality is a false North Star. I don’t hear many calls right now for us to do something in Syria. In Syria, little children are gassed. Chemical weapons. Chemical warfare. They die. They’re disfigured. People die by the thousands in Syria because there’s a civil war between separatists and Bashar al-Assad, the authoritarian dictator in Syria, who, by the way, is backed by Vladimir Putin, who’s being funded and given weapons and supported by Russia.

A Ukrainian serviceman aims towards Russian positions outside the city of Brovary, east of Kyiv, on March 9, 2022.
((Photo by ARIS MESSINIS/AFP via Getty Images))

And oh, by the way, one more time: This travesty, these war crimes, this horrible, horrible loss of human life has been going on for over a decade, but we haven’t been compelled by our media. Our brains haven’t given into images to just do something. Why? And don’t think Syria and Ukraine are the only places in the world where horrible things are happening. But I want to be clear about something: That doesn’t mean we don’t do something even if we don’t do it everywhere. I don’t believe that. I don’t think just pointing out our inconsistency says, well, throw up your hands – don’t do anything.

I think it’s worth setting aside for a moment, in our own decision-making, about putting American interests first.

And look, even though I used that voice, I don’t blow off that kind of mindset, either. I love that America irrationally has an empathetic streak to help people, even when we don’t help everyone. I also love that America irrationally sometimes just wants to kick some ass and do the right thing. But I know that those are instincts. I don’t want to rip them out of the human experience. But I also want them to have the steering wheel.

You would try to get into the mind of your opponent. What will they do? Will he try a spin move? Which way is he going to cross over, left or right? You would ask yourself what you have to guard, not just to play defense, so that you know how and when to play offense, and you have to do the same thing in warfare.

CLICK BELOW TO LISTEN TO THE FULL EPISODE OF “THE WILL CAIN PODCAST”:

I think it’s worth tapping the brakes on we have to do something. I think it’s worth setting aside for a moment, in our own decision-making, about putting American interests first. Ask yourselves what can we see down the road? Because – not to be too cute – love is blind. War should not be blind.

New episodes of “The Will Cain Podcast” are available now and can be at foxnewspodcasts.com.

This article is adapted from Will Cain’s commentary on “The Will Cain Podcast” on Fox News Audio on March 7, 2022.