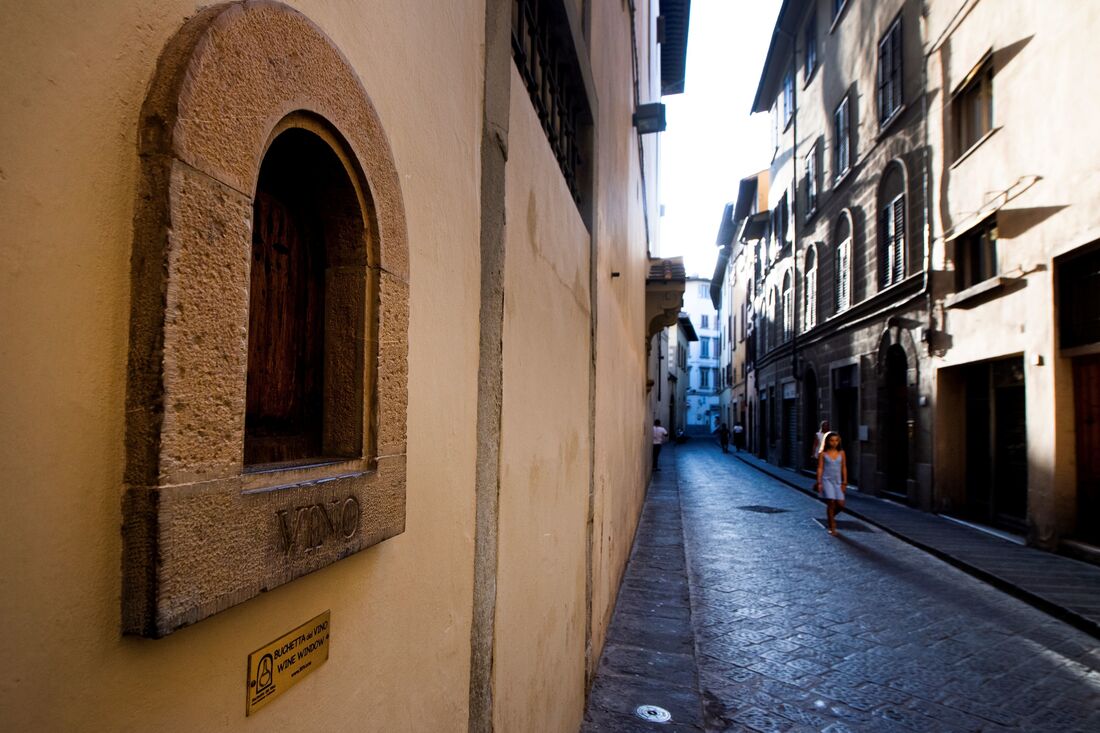 A girl walks past a buchetta del vino, a small window to serve wine, typical in Florence. 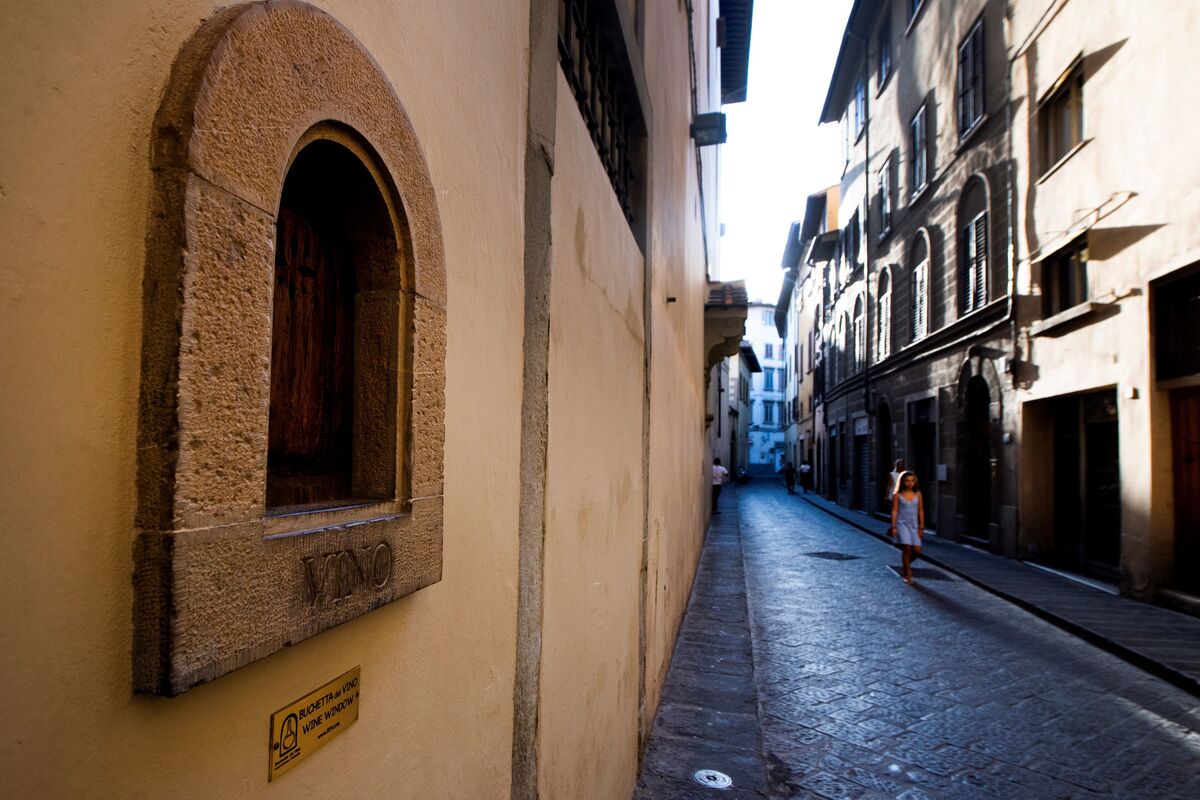 A girl walks past a buchetta del vino, a small window to serve wine, typical in Florence.

Over the centuries, Europe has suffered through plagues, pestilence and the Black Death.

When Italy became the first Western country to be hit by the coronavirus pandemic, the city of Florence discovered that one of its unique architectural quirks was perfect for coronavirus-era social distancing.

A walk through its narrow, winding streets provides a lesson in Italian Renaissance architecture. And a close look at many of the buildings reveals pint-sized windows in arched openings framed in the local sandstone, called pietra serena, “serene stone.”

On Via delle Belle Donne, a German guide points out a wine window to a group of tourists. The window is topped with an inscription in stone, listing the opening hours when wine was served here in the past. 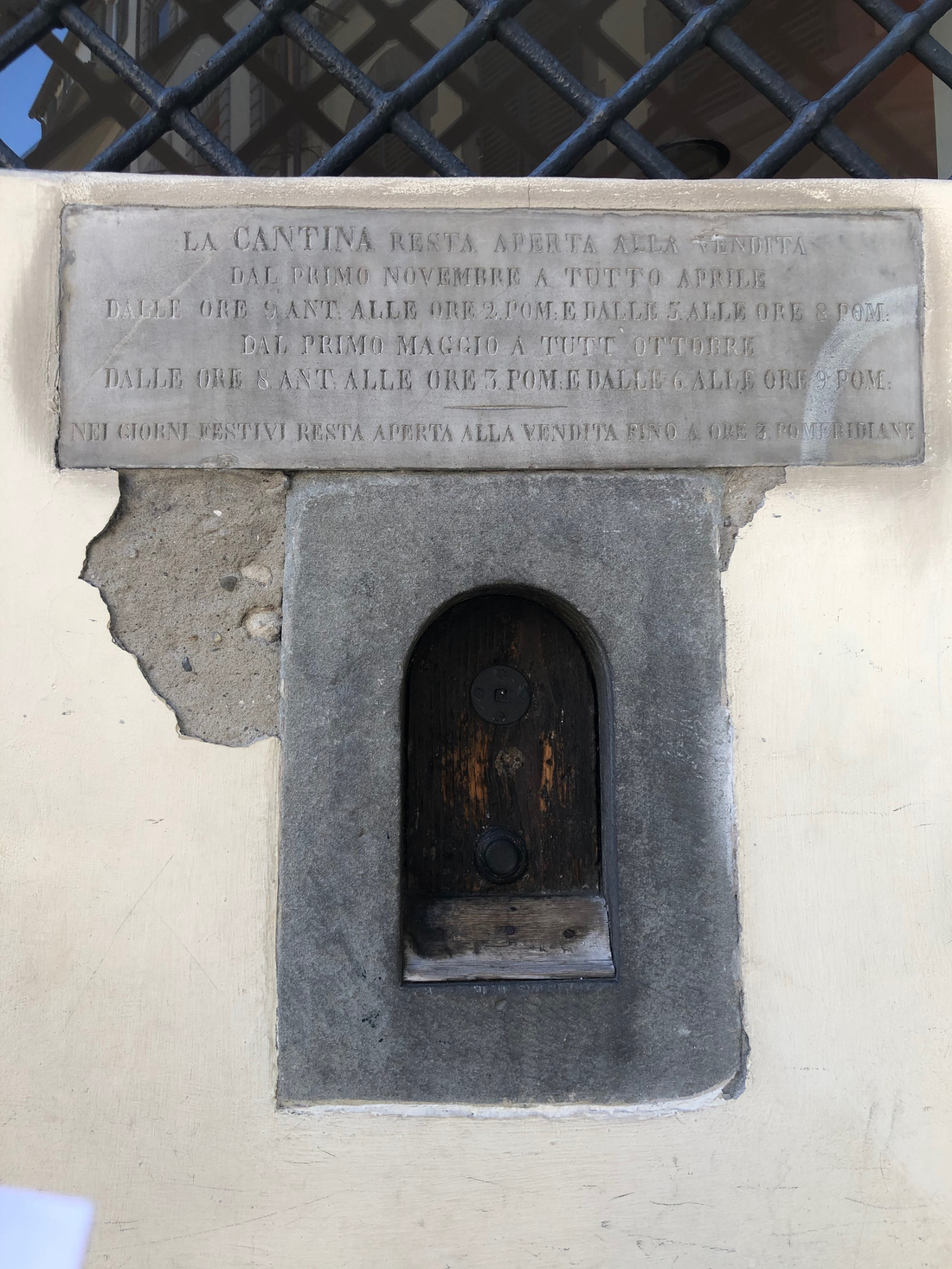 A wine window on the street “of the beautiful women,” with an inscription above it indicating opening hours.

This reporter’s guide is Mary Forrest, an American who has lived in Florence for decades. The inscription “is probably dating from the 1600s,” she says. She is one of three founders of an association born five years ago to promote knowledge and appreciation of wine windows — of which many Florentines, until recently, knew close to nothing.

Forrest explains that the street’s name — which translates “of the beautiful women” — signals the profession once practiced here.

“We can deduce that this was a popular area in the evening and that wine was probably a very useful beverage to have on hand,” Forrest says, chuckling. It was open, she says, “even on holidays.” 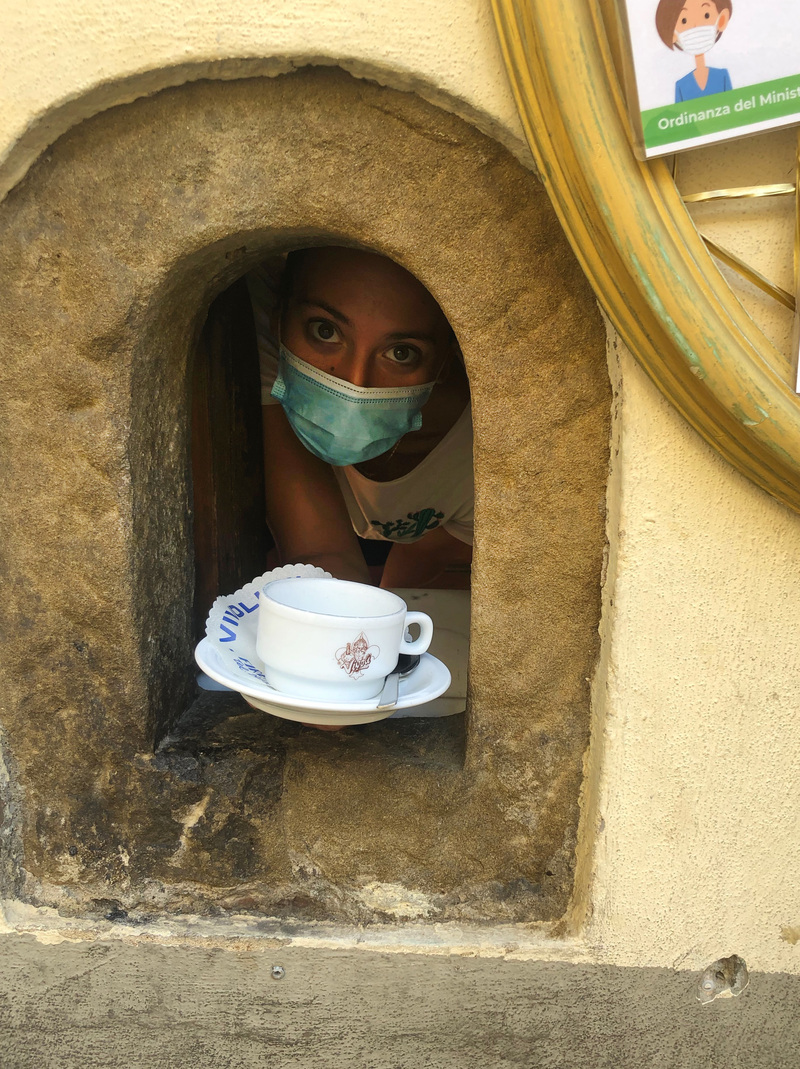 A masked server at the Vivoli cafe’s wine window in Florence.

“The wine windows are a detail,” she says. “But they’re very important because they’re an essential part of the history of the city.”

In fact, they are unique to this region. Wine windows are found in old palazzos in Tuscan towns including Lucca, Pistoia and Montepulciano, but nowhere else in Italy. They date from the mid-1500s, when Cosimo de Medici became the Grand Duke of Tuscany.

“All the noble families were not so happy” with their new ruler, says Matteo Faglia, president of the Wine Windows Association. “So, he decided to make a concession and allowed them to sell the wine they produced in the countryside directly from their palaces.” This eliminated middlemen and the windows were then created to facilitate those sales.

Many of those families — Antinori, Frescobaldi and Ricasoli — are still among the most famous Tuscan wine producers, says Faglia.

The windows are exactly 12 inches high and 8 inches wide.

“You can put inside just a flask, not bigger bottle,” Faglia explains.

A century later, the wine windows became indispensable during the plague that devastated Florence, killing thousands. In an official chronicle of the 1630-1633 plague, Relazione del Contagio, Faglia says Grand Ducal librarian Francesco Rondinelli wrote that “wine windows had been very, very useful to sell, not just wine, also other foods, without touching the seller.” 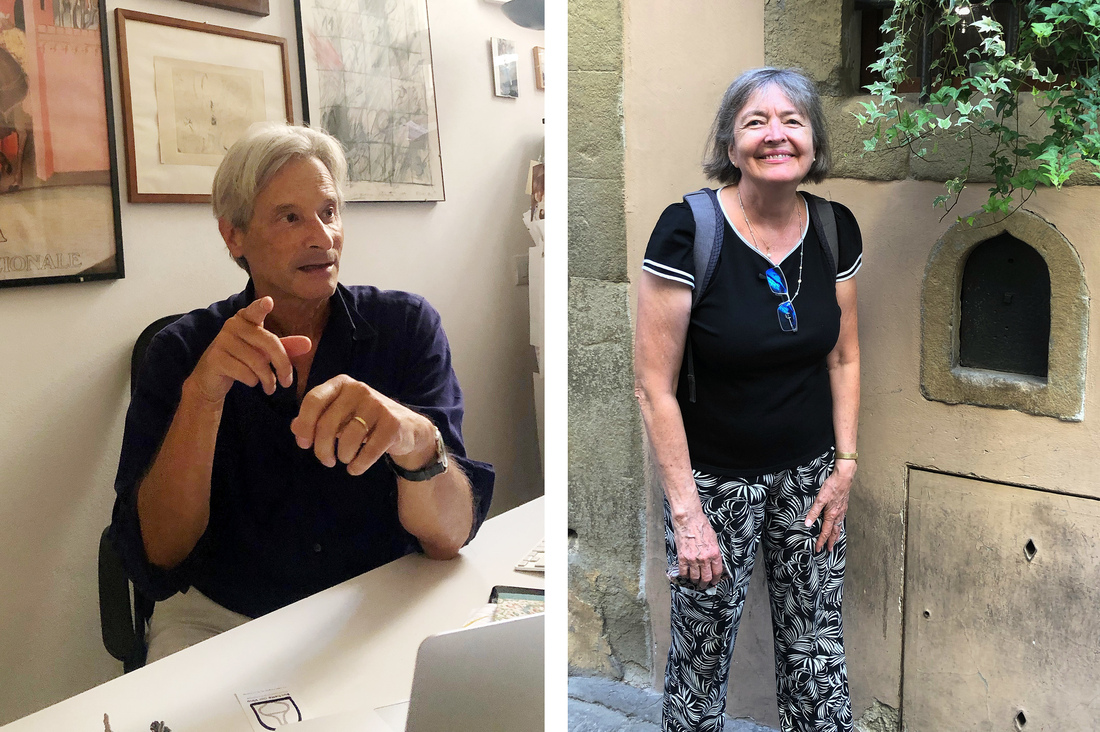 At left is Matteo Faglia, president of the Wine Windows Association and at right, Mary Forrest, one of the co-founders of the association.

At the Vivoli café, an artisanal ice cream landmark, its tiny window had long been boarded up, says Giulia Gori, daughter of the owner.

“But during the lockdown, we started using it again,” she says. When the Italian government allowed restaurants and cafés to take orders to go, the café started offering takeout. “The customer rings the bell, places an order and we put the ice cream cup on the sill, avoiding direct contact with the customer.”

It’s not exactly curbside pickup, but is as close as can be approximated in a centuries-old city not designed for cars.

The Wine Windows Association has catalogued 150 wine windows in Florence’s old city and another 100 in the rest of Tuscany. Many were long ago covered up or removed.

At the Hotel Monna Lisa in a Renaissance palace on Florence’s Borgo Pinti, there is no sign of the window on the outside wall along the street. But in the inner courtyard, not only is the window intact, it is surrounded by lovely seats carved in pietra serena.

The lockdown is now over, but at the Babae wine bar, owner Claudio Romanelli still uses his window for business.

The customer rings a little bell. A wooden door opens from the inside. “And,” Romanelli says, “we come here asking you, ‘You want red or white wine?'”

One "Giant" Leap For Mankind Exposed