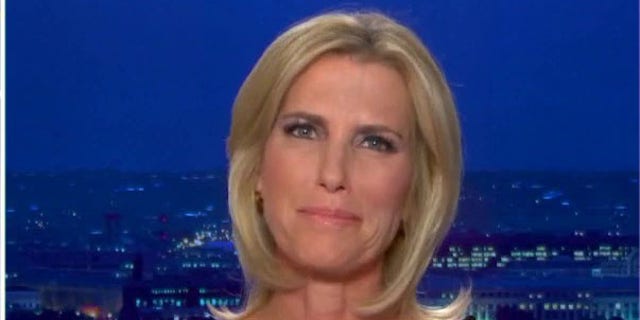 In her “Ingraham Angle” commentary on Monday, host Laura Ingraham warned of Democrats’ totalitarian tendencies as the proverbial red wave appears to be cresting ahead of November’s midterms.

LAURA INGRAHAM: When the CCP sees dissent building anywhere inside of China, it moves really quickly to shut it down, scrubbing all of it from their social media, such as what happened over the weekend when more than 200 students protested all those harsh COVID measures that are in place at Peking University; they’re brave kids. Because if the offenders’ views are deemed to be a danger to the Communist state a real danger they’ll be arrested. And if released, their passports confiscated.

Well, that’s what they did to that poor Cardinal Joseph Zen in Hong Kong. The reflex to silence opposition voices in a totalitarian state is one thing, but now it’s also the impulse of Democrats here.

With the November blowout looming and their party on the ropes. They’re acting more like President Xi than President Kennedy or Bill Clinton.

Their new motto seems to be, “if you can’t beat them, use your corporate shills to censor them.” The justification is always some horrific shooting or a protest that goes wrong.

And if the facts line up just right for them, they tag Republicans for it. And they did that, of course, with this weekend’s horrific attack in Buffalo by a deranged racist.

Yet even when Buffalo authorities confirmed that the Buffalo killer was a lone wolf, the gonzo journalists at Rolling Stone say, ‘no, no, no, no, no. There are accomplices here: The Republicans’.

[T]he media … are propping up an administration that has brought this country to its knees with policies making American families poorer every single day. And they’ve tried this tack so many times.

They tried to censor opposing views during COVID, including ours. They tried to criminalize their political opposition after January 6, and none of the anti-free speech tactics ever work.

Eventually what happens is the truth comes out.