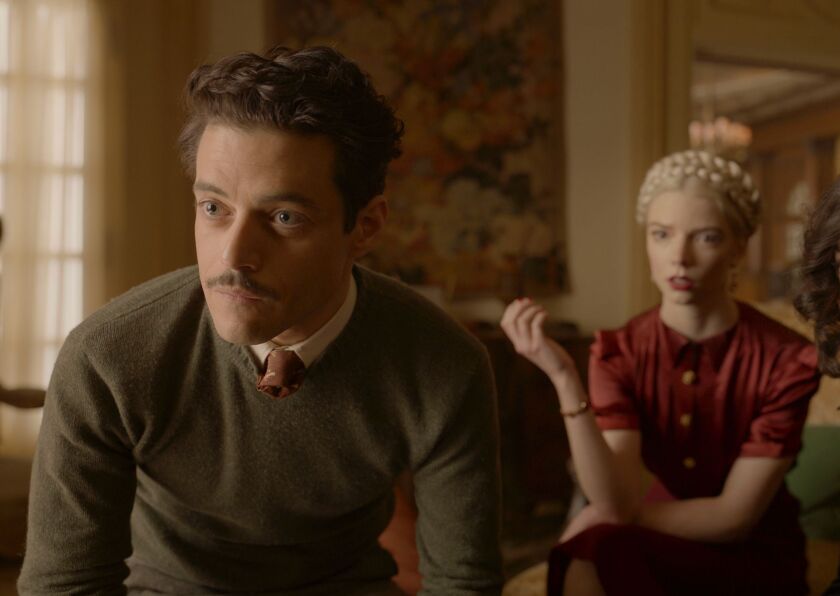 We often speak of that almost ethereal and magical thing called “chemistry” between actors in memorable films — but there are also movies in which the undeniably talented cast members never seem to click, for a myriad of reasons. In the case of David O. Russell’s jaw-droppingly terrible, aggressively tasteless, profoundly unfunny and interminably dull conspiracy thriller and would-be comedy “Amsterdam,” the all-star ensemble has less chemistry than a high school freshman on the first day of class.

The bulk of “Amsterdam” is set in the New York of 1933, but let’s start with the extended flashback sequence from 15 years prior that establishes the events to come. Christian Bale’s Burt Berendsen, John David Washington’s Harold Woodman and Margot Robbie’s Valerie Voze meet in 1918, as Burt and Harold are recovering from extensive wounds sustained while they were serving together for the 369th Regiment in France in World War I, and Valerie is a nurse who saves all the shrapnel extricated from soldiers and turns it into Surrealist art. (We’re deep in Wes Anderson territory for much of this segment.)

Cut to 1933 and New York City, where the glass-eyed Burt is a doctor specializing in treating fellow wounded warriors (Burt is forever passing out and collapsing from the experimental pain medications he self-administers), and his still-best friend Harold is a lawyer. When their former Army commander, the beloved Gen. Bill Meekins (Ed Begley Jr.), dies under mysterious circumstances while returning to America on a ship from Europe, the general’s daughter (Taylor Swift, and why not) asks Burt to conduct an autopsy to determine the cause of death. This leads to a series of circumstances that result in Burt and Harold charged with murder, and they turn into private detectives to investigate their own case. (With the glass eye and the over-the-top accent, Bale’s Burt is like a 1930s Columbo.)

With the cinematography and production design accurately capturing the time period but also conveying a drab and bland look, “Amsterdam” grows ever more convoluted, as a number of quirky-for-the-sake-of-being-quirky characters are introduced, disappear for long stretches of time and then resurface. Mike Myers and Michael Shannon play intelligence officers who are also controversial bird enthusiasts, while Andrea Riseborough is Burt’s estranged wife, who has a kinky attraction to Burt’s terribly scarred torso. Then there’s Zoe Saldaña’s Irma St. Clair, a nurse who is in love with Burt, and let’s not forget Rami Malek as Tom Voze, a wealthy, dead-eyed weirdo with some alarming political beliefs, and Anya Taylor-Joy as Tom’s shrill and caustic wife, Libby.

Oh, and Chris Rock plays another veteran of the 369th Regiment, who shows up from time to time to remind Harold that every time something bad happens to white people, the Black man is going to be blamed. (He’s not wrong.)

Valerie eventually re-teams with Burt and Harold, and despite them having no contact for all these years, they’re once again the best of friend and the romance between Valerie and Harold is rekindled, though it all feels forced and manufactured by the plot machinations. (Robbie, Bale and Washington are like three great solo musicians who are onstage together, playing from different sheet music.) We’re deep into the weeds with this story when we’re introduced to Robert De Niro’s Gen. Gil Dillenbeck, the most decorated Marine in U.S. history, who is being recruited by a shadowy group of powerful American businessmen to lead the charge for a New World Order. “Amsterdam” morphs into a full-fledged conspiracy caper, and we nearly forget about the murder mystery.

Director David O. Russell has been at the center of a number of ugly controversies through the years and that’s to be taken seriously, but his films have often soared to great heights, from “Three Kings” to “The Fighter” to “Silver Linings Playbook” to “American Hustle.” This is Russell’s first feature film since “Joy” in 2015, and it’s quite possibly his worst.

Very loosely based on some true events (though the three main players are purely fictional), “Amsterdam” is positioned as a cautionary tale about fascism and racism and a Big Statement about the Power of Love to Overcome All. Alas, the social satire is so heavy-handed, the slapstick shtick so awkward, the romance so unconvincing and the exposition so thick, you should congratulate yourself for staying awake for the 134-minute running time, which feels more like a crawling time. “Amsterdam” flails all over the place in terms of tone and style, before eventually landing smack in the middle of nowhere.