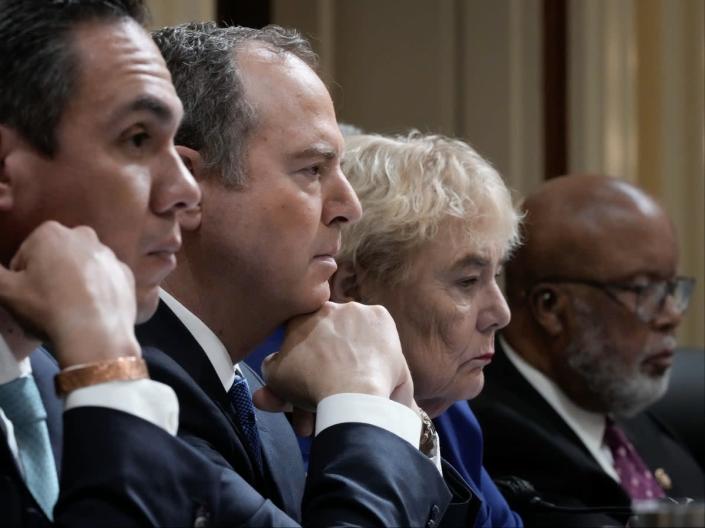 One week after the House January 6 select committee voted to authorise a subpoena compelling former president Donald Trump to produce documents and appear to give evidence before the panel, Mr Trump has reportedly not been served because the committee can’t find a lawyer to accept service of the subpoena.

According to ABC News, multiple attorneys who represent Mr Trump in other legal disputes say they haven’t been authorised to accept service of process on his behalf.

Two lawyers who are assisting Mr Trump on matters related to the Department of Justice probe into his retention of government-owned documents at his Florida home and fighting attempts to compel his former aides to testify before a federal grand jury, Evan Corcoran and John Rowley, have reportedly told investigators they aren’t able to accept the subpoena for the twice-impeached ex-president.

Another lawyer who briefly represented Mr Trump after he left office, Justin Clark, has also said he’s not authorised to accept service of the subpoena for him.

The select committee unanimously approved a motion to subpoena the twice-impeached ex-president on 13 October at the end of the panel’s ninth investigative hearing, likely the final such public session before the November midterm election.

The select committee’s chairman, Representative Bennie Thompson of Mississippi, called Mr Trump “the one person at the centre of the story of what happened on January 6” and said the panel needs to hear from him in a way that goes “beyond” the fact-finding it has engaged in over the past year.

“This committee will demand a full accounting to every American person of the event of January 6. So it is our obligation to seek Donald Trump’s testimony,” he said.

Mr Trump is likely to fight having to appear before the committee, where he would be made to testify under oath and face the risk of perjury charges were he to lie. But if he testifies, he will be the first former president to give evidence before a congressional committee since March 1983, when former president Gerald Ford appeared at a hearing of the Senate Judiciary subcommittee hearing on the bicentennial of the US constitution.