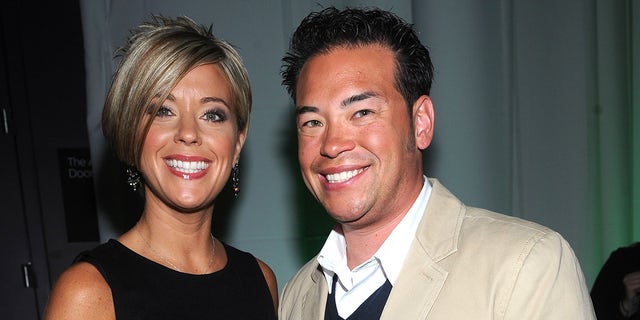 Jon Gosselin alleged that his ex-wife, Kate Gosselin, stole $100,000 from their kids, but the reality star claims she “borrowed” the money.

In court documents obtained by The Sun, the “Kate Plus 8” star admitted to making two separate withdrawals of $50,000 from her children’s trust funds, but she said it was “to survive.”

In the 2019 court filing, Kate claimed the funds she took from her children Hannah and Collin were to “meet her and the children’s expenses,” but the outlet reported that she purchased a lake home in North Carolina that year.

‘JON AND KATE PLUS 8’: THE GOSSELIN SEXTUPLETS TURN 18

“Parents are not supposed to withdraw any money from these accounts without permission and without drawing up paperwork that they will pay it back — but she has produced no paperwork and no payments have been made,” he continued.

“You can’t just live off your kids’ money,” Jon added.

Jon and Kate Gosselin have been in a very public custody battle since their divorce in 2009.
(Photo by Amy Sussman)

In the court documents, Kate alleged that her eight children owe her money because she paid their private school tuition out of pocket.

Jon shared that Kate has not paid back her children’s trust funds even though a judge ordered her to do so.

The couple share eight children; however, Jon has shared in the past that he only has a relationship with Hannah and Collin. The pair live with him and Alexis, Aaden, Joel and Leah live with Kate.

“[Communicating with] the children that live with Kate is very difficult because I don’t have an open relationship with them,” the “Jon & Kate Plus 8” alum told Entertainment Tonight in May.

Kate Gosselin claims she “borrowed” the money from her kids’ trust funds.
(Photo by D Dipasupil)

“[Kate] alienated me from those kids. I think it was a poor parenting decision,” he said, adding, “It would’ve been much better if she would have been more open with them and explained things better.”

Jon and Kate have been at odds since their divorce in 2009 after 10 years of marriage. The couple also share twins Cara and Madelyn, 21, who attend separate colleges in New York.

Janelle Ash is an entertainment writer for Fox News Digital.

Deplatforming only proves the conspiracy theory to be correct