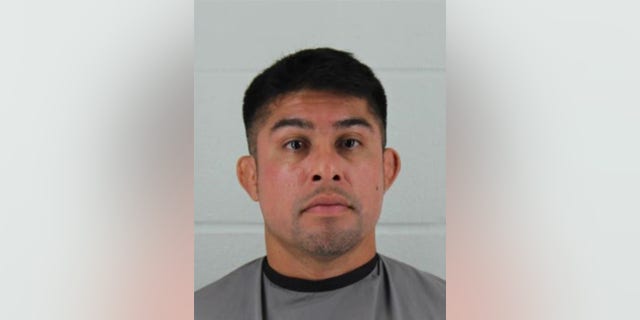 A former high school teacher and coach allegedly had sex with a 17-year-old student on multiple occasions, both at his house and at the school, court records say.

Steven Mesa, 47, was arrested last month and charged with three felony counts of unlawful sexual relations with a student.

Police were notified about Mesa’s sexual relationship with a student at Olathe Northwest High School in late August, according to an affidavit unsealed Thursday by a Johnson County District Court judge.

The student, who has not been identified, initially denied having had sexual encounters with Mesa but later admitted to having sex several times both at his home and at the school starting in late July.

Mesa was fired on September 1 after working for the Olathe School District for more than 20 years. Court records show he has posted $100,000 bond and is restricted to house arrest with GPS monitoring, among other conditions, Kansas City’s FOX 4 reported.

Fox News has reached out to the school district for comment. Olathe police declined to comment citing an ongoing investigation.

In a statement to the Kansas City Star, the district said it took “swift action to place Mesa on leave” and referred the matter to the police for investigation.

A spokeswoman said the district took the allegations of staff misconduct “very seriously” and is “committed to ensuring that our students are educated in a safe environment.”

Mesa’s preliminary hearing is scheduled for Tuesday, November 15 at 9 a.m.

Why I Expect The Rapture – Part 3 – Revelation 20:4 And Tribulation Saints