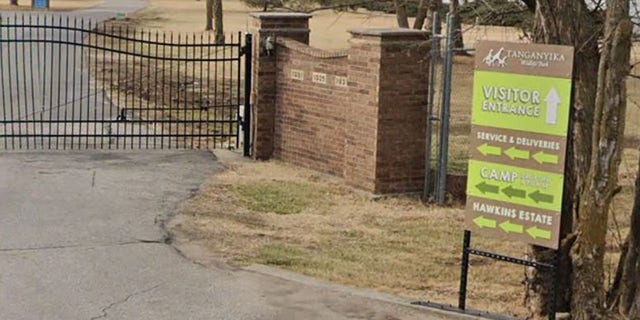 Dozens of people suffered gastrointestinal illnesses after visiting a splash park near Wichita, Kansas, last summer, according to a Center for Disease Control and Prevention (CDC) study released Friday.

The bacterial and viral outbreak was linked to the splash park at Tanganyika Wildlife Park in Goddard.

The CDC report, based on a survey of 404 people who visited the splash park last year between May 28 and June 19, said that 21 people contracted Shigella bacteria and six others became sick with the norovirus. At least four people were hospitalized afterward.

Both illnesses were associated with getting splash pad water in the mouth, according to the report, which confirmed the illnesses weren’t linked to any of the animals at the zoo.

WATER-BORNE INFECTIONS CAN LURK IN HOT TUBS, PUBLIC POOLS, LAKES AND OCEANS THIS SUMMER: HERE’S WHAT TO KNOW

At least three lawsuits have been filed against the park, the Wichita Eagle reported. One of those was settled, but two others remain pending.

Tanganyika Wildlife Park was linked last summer to a bacterial and viral outbreak that resulted in dozens of people getting sick with gastrointestinal illnesses, the CDC said in a new report.
(Google Maps)

The splash park located about 14 miles west of Wichita was allowed to reopen last July after upgrading its pump and filtration system and passing a health inspection.

The director of the wildlife park Matt Fouts told the paper that he didn’t find the study useful, although he’s “all for analyzing data to learn from the past.”

“It offered little advice for other splash parks besides ensuring you have signage that states ‘don’t swallow the water’ and offered no additional insight into the investigation,” Fouts said. “Regardless, it did affirm that there have been no additional incidents because we took the situation seriously and found ways to enhance our system and processes so that the Splash Park is safer than ever.”