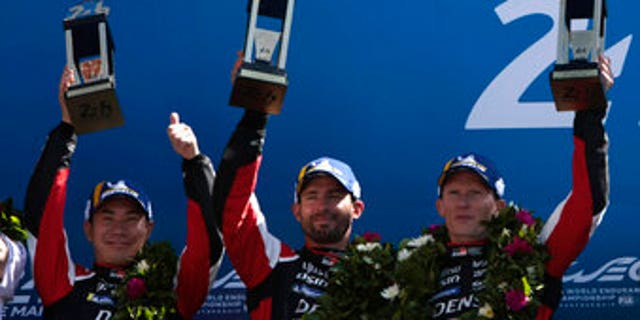 Hawksworth will miss his third consecutive race with injuries suffered in a motocross accident.

Kobayashi is coming off a stint in the IMSA sports car six-hour race at Watkins Glen, where the No. 48 Ally team with Jimmie Johnson and Mike Rockenfeller finished fifth in the Daytona prototype class.

The Japanese driver is a two-time World Endurance champion and has been driving in WEC for Toyota Gazoo Racing since 2016. He is now the team principal of Toyota Gazoo. Kobayashi has raced in Formula 1, WEC, Super Formula and IMSA, won the 24 Hours of Le Mans in 2021 and is the course record holder at circuit. Kobayashi has also two overall wins in the Rolex 24 at Daytona in 2019 and 2020.

“I wish Jack a good recovery from his injury and hope he is back in the car soon,” Kobayashi said. “My experience is quite low in a GT car. It’s going to be quite different than what I’m used to driving and it’s going to be challenging, but I’m excited to see how well the RC F handles.”

Kobayashi will partner with Ben Barnicoat in the 2-hour, 40-minute timed race. Barnicoat earned his first career IMSA win earlier this month at Detroit in the GTD class with Kyle Kirkwood. The No. 14 Lexus is second in the GTD PRO standings and Lexus ranks second in the manufacturer’s championship.

This weekend is IMSA’s first race in Canada since 2019 because of pandemic restrictions.

Poll shows big shift in party preference for US midterms —...

Renee Roland - October 3, 2022 38
How ppl have a zeal for god but not according to knowledge and are the blind leading the blind if they do not understand...
Go to mobile version