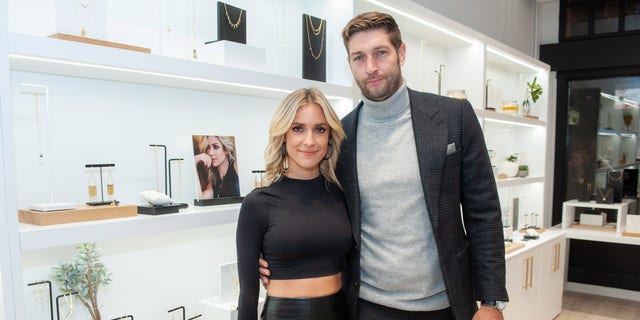 Kristin Cavallari wants to remind fans she did not have a good marriage with former football quarterback Jay Cutler.

In a new podcast episode of “Call Her Daddy,” Cavallari cautions people to listen to their intuition.

The reality star and athlete’s relationship saw the ex-pair getting engaged in 2011, only to briefly separate, reunite, have their first child and get married all within two years.

Cavallari says, “I called off the engagement the same reason I got a divorce… If there’s any takeaway from that: You can’t ignore red flags. People don’t change. And, you gotta trust your gut.”

The two divorced in 2020. The Uncommon James designer, who shares three children with Cutler, is aware that her children might be impacted based off what she says about their father.

On the podcast, Cavallari revealed, “Because I have three kids with him, I’m very careful about what I say… My oldest googles us now.”

Cavallari had one thing to say, though.

“It was toxic. I think period, end of story.”

Kristin Cavallari was hesitant to give the exact reasoning for why her marriage ended in divorce, but says it was “toxic.”
(Getty Images)

Cavallari says that her mother knew her relationship with Cutler had problems, but that she hid the relationship woes from friends. She notes that prior to her divorce, she had been thinking about it for three years.

And while both she and Cutler have moved on, the reality star said it was difficult at first to see her ex-husband dating.

She clarified though, “I hope that he finds someone, I really do. I mean my kids benefit from that.”

Cavallari says that she wants Cutler to get remarried.

Kristin Cavallari is revisiting her roots, launching a podcast of her own with former “Laguna Beach” co-star and ex-boyfriend Stephen Colletti.
(Getty Images)

And while Cavallari hopes Cutler gets a new happily ever after, she reflects on her tumultuous time with him, saying, “I was in an unhealthy relationship, and so that to me is not worth it.”

Hungary comments on ties with US if Trump elected