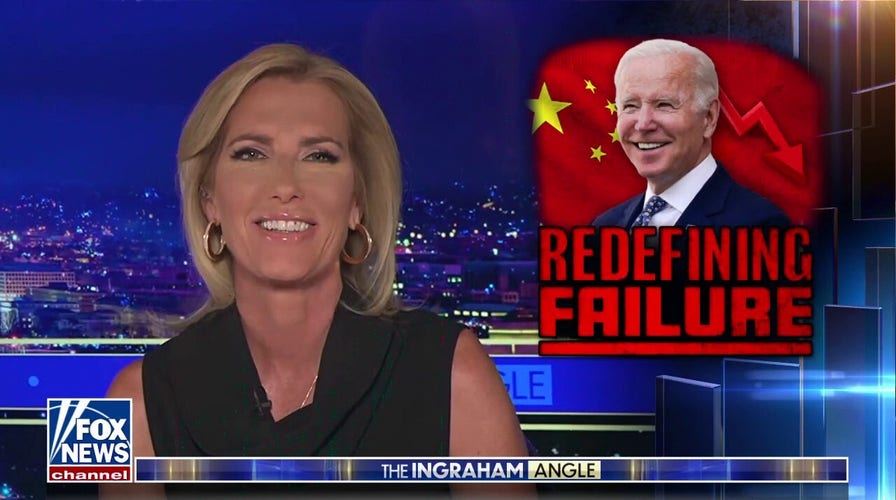 Fox News host Laura Ingraham declared that President Biden “only knows how to lose” as his administration deflects blame for the recession in Thursday’s opening monologue of “The Ingraham Angle.”

INGRAHAM: Biden and the Democrats have put America behind the eight-ball here. This is an emergency that requires a radical change in leadership in Congress – of course, later on in the White House. If you ever want this country to be strong again – … our families, to be prosperous again, your streets to be safe again – we have to get rid of these people. And that means taking back the Senate. Every seat is critical. So a vote in Georgia for Raphael Warnock is a vote for decline. A vote for John Fetterman in Pennsylvania is a vote for high energy prices. A vote for Tim Ryan in Ohio is a vote for high food prices. A vote for Mark Kelly in Arizona is a vote to send more American jobs overseas. None of these people – none of them – are moderate. They’re in lockstep with Biden and Schumer – all current or future enablers of this unfolding American tragedy. So they can try to redefine decline as success all they want. But it’s not going to work. Americans like winning too much. And today it became clearer than ever that Biden only knows how to lose.

WATCH HER FULL COMMENTS BELOW:

Come Join us – Livestreaming on Twitch