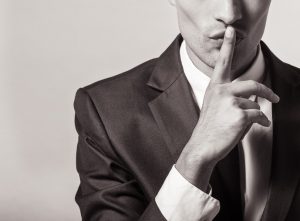 Lawyering always involves a healthy dash of performance. Whether you’re tap-dancing in court purely for the client’s amusement (that sort of thing doesn’t work on the judges) or projecting confidence that a deal will close (when it’s not at all a certainty), there’s something of a performer in all of us. Developing the skill to draw people’s attention verbally can be a professional asset in many ways.

The trouble is, when you get good at something, you tend to keep on doing it. For lawyers in particular, the gift of gab is difficult to turn off.

This can be a problem. A recent study published in the journal Proceedings of the National Academy of Sciences confirms what anyone who’s ever been in a social situation could probably already tell you: human beings are really bad at knowing how long a conversation should last.

In a series of experiments, researchers compared the points at which a participant in a conversation wished it would have ended with when it actually ended. Researchers also asked conversationalists to guess at which point their partners in the conversation would have wanted it to end — which, of course, almost everyone was horrible at.

Only 2% of conversations studied ended when both parties wanted the conversations to end. Two out of 100 left both parties fully satisfied; truly awful. If that was the mutual satisfaction rate of sex, we would have long since died out as a species.

To be fair, in some of the studied conversations people actually wanted them to last longer. For 10% of conversations, both parties wished they would have gone on longer. In 31% of interactions at least one of the two conversationalists wanted to keep going. However, on average, windiness was much more of a problem than brevity. Averaged out across the study, participants reported that they would have liked conversations to last about half as long as they actually did.

What does it all mean? “Whatever you think the other person wants, you may well be wrong,” said Adam Mastroianni, a doctoral candidate in psychology at Harvard who was one of the coauthors of the study. “So you might as well leave at the first time it seems appropriate, because it’s better to be left wanting more than less.”

Boy, I’ve got that one covered. I don’t find that many conversations need to last longer than the time it takes to drain a highball, and, as a bonus, you’ve got a built-in excuse to pull the ripcord on a conversation when it’s time to go refresh your drink.

All this research isn’t specific to lawyers. But come on, you’re reading this on Above the Law, you know as well as I that no one can get a word in edgewise around a group of lawyers.

Although a lot of us don’t seem to realize it, excessive wordiness is especially annoying to nonlawyers. We’re all somewhat inured to the effect of weaponized verbosity. Let’s leave the civilians out of this though: no one is even close to being as interested in your case as you are, and no one is all that impressed by how much you know about everything either.

So, give it a try. Ask some good questions, and then just listen and wait for the complete answers. Maybe don’t interject so much. See if the people around you are making eye contact, or are looking all around (the international nonverbal cue to STFU). In fact, don’t even look for cues, just go right ahead and stop talking each time you can think to do so. Your work relationships, and your personal relationships, are going to be better for it.

Jonathan Wolf is a civil litigator and author of Your Debt-Free JD (affiliate link). He has taught legal writing, written for a wide variety of publications, and made it both his business and his pleasure to be financially and scientifically literate. Any views he expresses are probably pure gold, but are nonetheless solely his own and should not be attributed to any organization with which he is affiliated. He wouldn’t want to share the credit anyway. He can be reached at jon_wolf@hotmail.com.

Miss Understood No. 41 — MAID In Canada