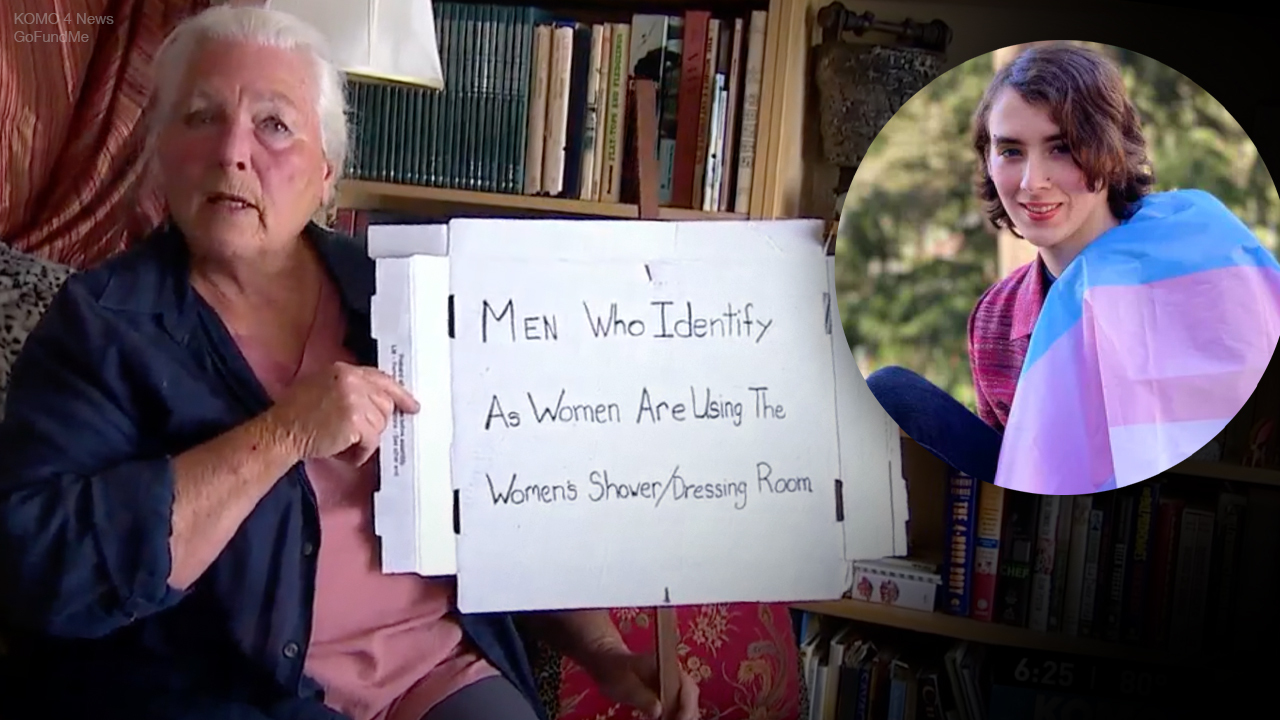 Julie Jaman, an 80-year-old resident of Port Townsend, Washington, was banned from the local YMCA swimming pool after expressing concerns to staff members that a biological male was in the women’s locker room.

Julie Jaman, an 80-year-old woman, was formally banned from a YMCA in Washington for asking a trans woman to leave the female change room. If you agree that the YMCA should reinstate her membership, sign this petition.

Instead of listening to Jaman’s concerns, the Port Townsend YMCA charged her with discrimination and banned her from the swimming pool.

Jaman claims that she witnessed a trans woman escorting young girls to the women’s locker room and watched them change out of their swimsuits to use the restroom. The trans woman is a YMCA staffer, and according to YMCA policy, staff members must escort unsupervised children around the premises.

When Julie detailed her concerns at a recent Port Townsend City Council meeting, Mayor David Faber indirectly accused her of hatred and bigotry. In the following days after the meeting, a women’s rights activist group held a rally in support of Julie at a park in the city. The group was mobbed by far-left extremists, including Antifa. Mayor Faber, who has a controversial past, expressed support of the violent radicals and congratulated them on shutting down the permitted event.

Despite the acts of violence and unfair treatment from the local YMCA, Jaman has received an outpour of support from Port Townsend residents and individuals across the world.