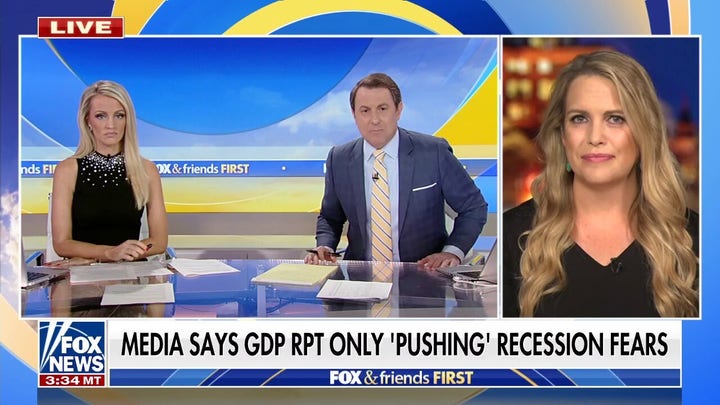 BEVERLY HALLBERG: It’s hard to tell these days who’s a reporter and who is paid by the Biden administration’s payroll. What you see is that reporters and media outlets seem to be in lockstep with the Democrat talking points. It seems like they’re actually talking with each other, not only praising the president when he obviously is not doing well, but also, as you mentioned, redefining words like recession and woman, even to the point of contradicting what they’ve reported before. So I think this is a poor attempt by media outlets to try to make the American people think that the pain that they’re feeling is not as bad as they think. But I think this turns out poorly for the media establishment and outlets because they’re just going to continue to lose a customer base if they gaslight Americans.