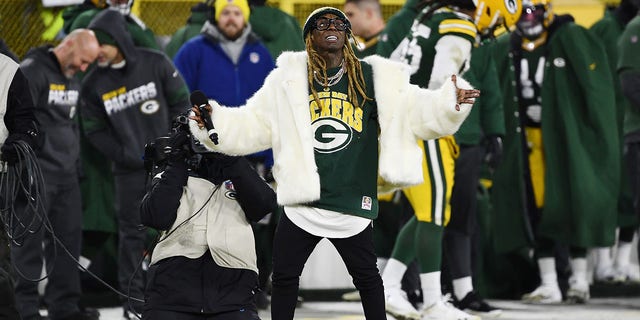 Lil Wayne doubled down on the criticism he levied at his favorite team, the Green Bay Packers, on Monday following their disappointing 15-6 loss to the Detroit Lions.

The New Orleans native appeared on FOX Sports’ “Undisputed” on Monday and talked about Rodgers and the Packers’ struggles. Wayne said he was sure Rodgers was missing Davante Adams, who was traded in the offseason to the Las Vegas Raiders.

“I think it speaks volumes that he left,” Wayne said of the star wide receiver. “That’s what I look at the most about it. Everybody’s like, ‘How you leave Aaron Rodgers?’ I think there’s an answer to that question. I think the answer is Aaron Rodgers.”

Skip Bayless asked Wayne whether he thought the Packers’ record would be better if Green Bay decided to move on from Rodgers and started Jordan Love to begin the year.

“I can say this, if the record would’ve been what it is right now with Jordan Love, we’d be way better off accepting it with Jordan Love and not with Aaron Rodgers,” Wayne said. “I think those players would be better off playing with Jordan as well. Everybody rally around Jordan. They’d understand he’s not Aaron, and I think it would give them more inspiration to play.”

Aaron Rodgers of the Green Bay Packers looks on from the bench during the third quarter against the Washington Commanders at FedExField on Oct. 23, 2022, in Landover, Maryland.
(Scott Taetsch/Getty Images)

Wayne gave his assessment of Rodgers’ performance. He suggested that Rodgers just blew the 4th-and-goal throw to offensive lineman David Bakhtiari. The pass was intercepted by Aidan Hutchinson.

Wayne said it felt like Rodgers was playing uninspired football.

He initially tweeted his criticism of the Packers on Sunday.

“RIP to the season we should’ve gotten rid of 12 before the season,” he wrote.

Rodgers had three interceptions and a touchdown pass in the loss. Green Bay has lost five in a row as the team continues to struggle.

Ryan Gaydos is the sports editor for Fox News Digital.

Does GOD use Lying Spirits Part 2